Life in the Hill Country: Bee Caves and Blanco TX 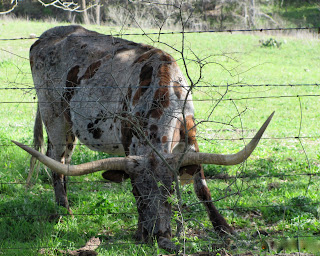 The other day we decided to take a ride out to Hamilton Pool. We were told about a "good Mexican" restaurant in the city of Bee Cave. We decided to stop for lunch en-route.  However, we got to the restaurant and learned that on Tuesdays they don't open till 5 p.m.  Of course by now, we were hungry and close to downtown.  So, we drove further into Bee Cave looking for a place to eat when we came across this outdoor mall, Hill Country Galleria designed like a city street. In fact the city hall and library are the central building on the street.
We parked and found a nice little pizza shop selling pizza by the slice. After we finished lunch we decided to forget about Hamilton Pool and just spend some time shopping. We shopped and visited the book stores till after 5 p.m. before heading back home to Maggie and Rico. 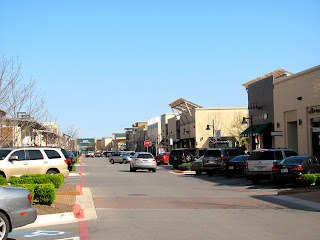 Yesterday, we drove a few miles to the Historic District of Blanco, TX.  We visited the town last year.  You can read last year's blog here.  In the center of the town square is the impressive old former courthouse built in the late 1800s. 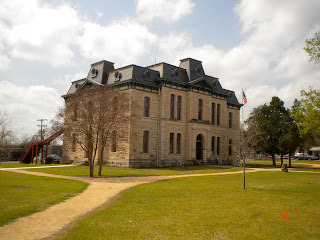 The courthouse was used in the recent movie version of True Grit. 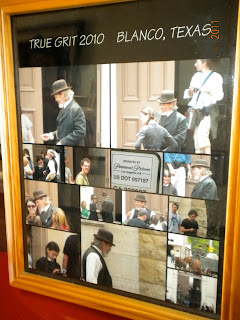 Now the building is a visitor center and contains just a couple of offices on the first floor. The upstairs is vacant and surprisingly open to the public. It contains the old court room used in the movie. 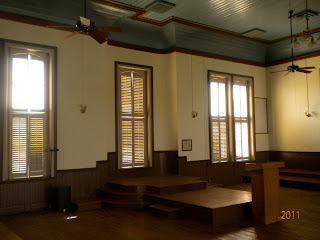 Below is a picture of the old court room converted for use in the movie. 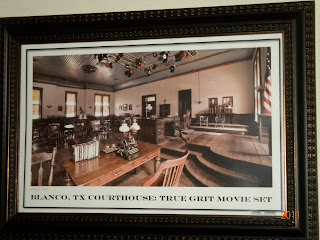 Later we went across the street to a renovated theater and cafe' that is now the Uptown Blanco Restaurant. We had a very good and moderately priced lunch in the beautifully decorated restaurant. 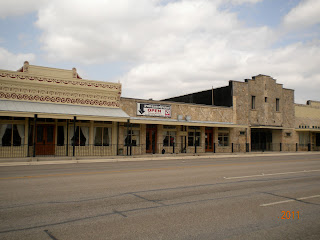 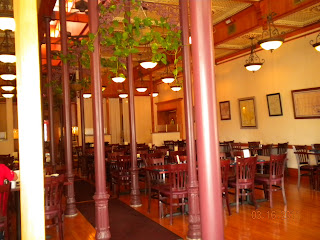 The weather has been mild with a couple of cold days. However lately it's been cool and damp in the mornings with highs in the upper 70's and low 80's. We are patiently waiting for the wild flowers to emerge and bloom.
Posted by Darren and Joyce Romero at 10:07 AM