We've been having an excellent time here at Cottonwood Creek RV Park in the Texas Hill Country. The overall friendly nature of the guests and the almost daily "Happy Hour" (snack times) in the park really make it easy to get to know the guests. Often we end up caravanning to group outings at local restaurants. Last week we took a trip out to Salt Lick, a local restaurant known for their BBQ. This was only a few days after having the smoked brisket that Les and Sherry cooked for everyone in the park!
We made some new friends, Jeff and Joann. Jeff is a Lt. Col. in the U.S.A.F. and B-1 pilot, call sign "Hoof". Joann is a former deputy sheriff in Montana. But aside from that, together they are a wonderful and generous couple. We plan to stay in touch with them. 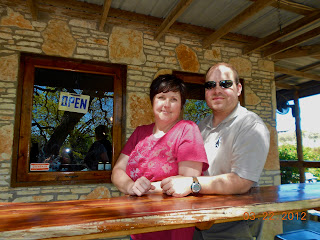 Unfortunately Jeff had to get back to work after having extended their vacation for a few more days!
We took Paul and Paula on a walking tour of the Texas State Capital and the beautiful grounds. 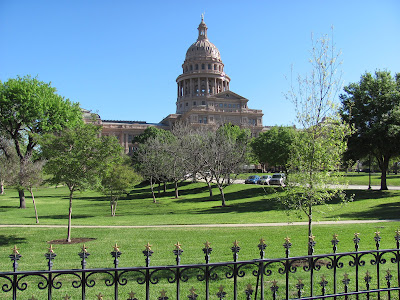 Of course no visit to Austin is complete without a walk along the 6th Street district. 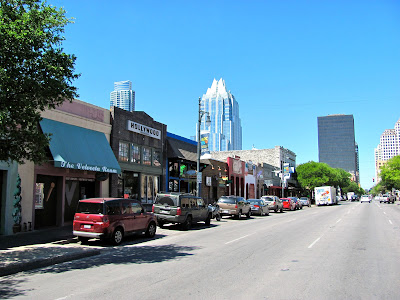 Back at the RV park, several of us volunteered to assist Les and Sherry in grinding up cut cedar trees into mulch to use on the paths. We spent about 8 hrs. over the weekend helping out. We were rewarded with a meal and outing at a local Mexican Restaurant, Flores. 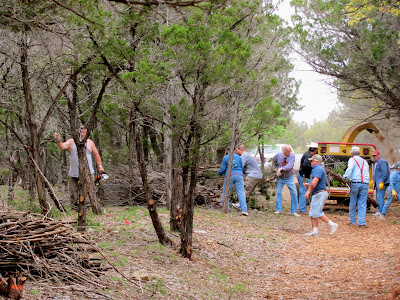 It wasn't long before it was time for our scheduled trip with nearly everyone in the park to Cooper's BBQ in Llano Tx.  I gotta tell ya we weren't feeling like eating anymore BBQ before we got to Cooper's but, after smelling and seeing the meat...it was game on!

After eating at Cooper's, we took a scenic ride home via the Willow City Loop. The wild flowers were better than we had seen the previous two years. 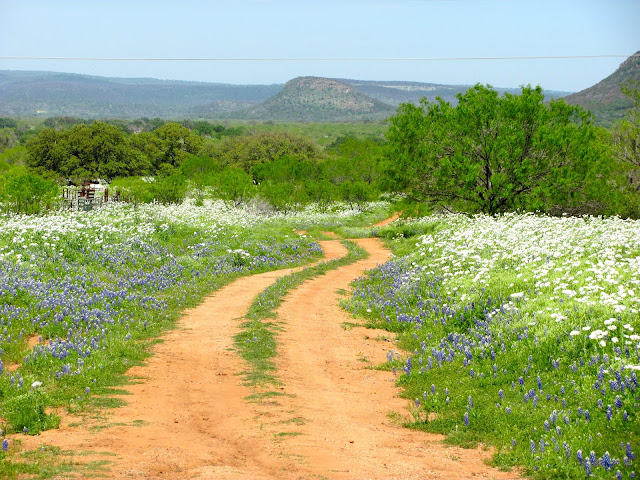 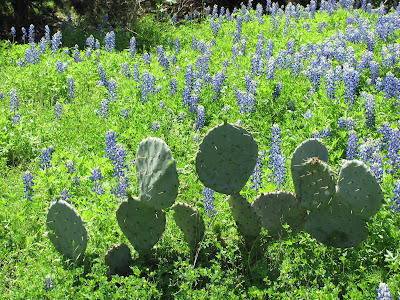 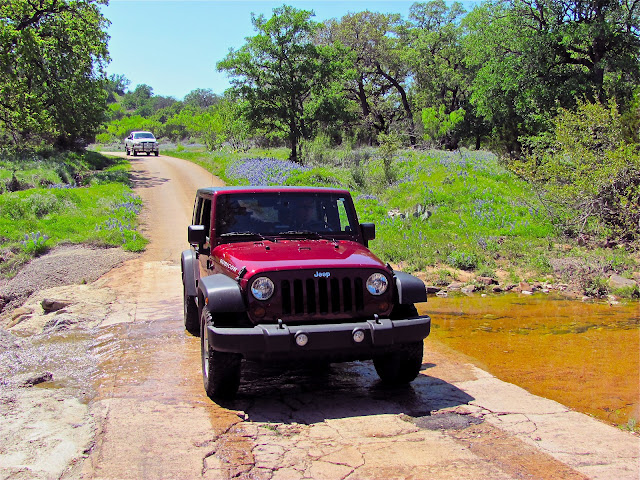 Along the Willow City Loop we came across this Llama(?) greeting visitors along the narrow road. 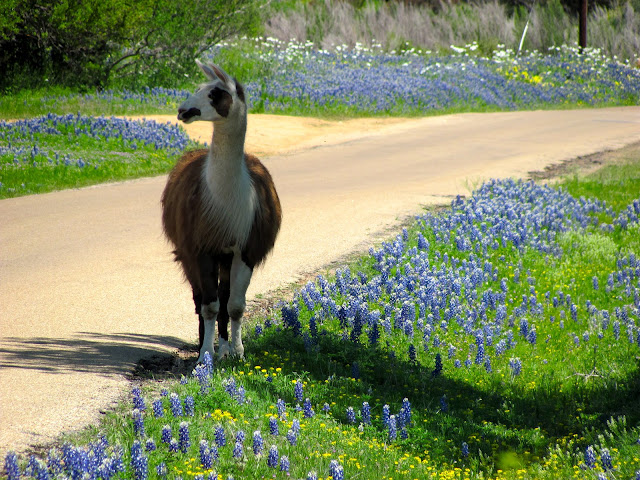 We have/had a lot planned to do while here in the hill country, it remains to be seen if we can do everything on our list. Time has really gone by quickly and some of our dear friends, old and new are already moving on. Soon we will be joining them on the road as we head to Florida in about 10 days.
Today, Paul and I took my truck to the Dodge dealer in Austin and killed the day getting it serviced and taking care of a recall. Not a bad day to go as it has rained repeatedly today. Speaking of rain, it has been refreshing to see and feel some real rain since leaving the desert. I hope we don't see and feel too much!

Posted by Darren and Joyce Romero at 6:48 PM