Searching for Wildlife and Visiting the Red Rock Lakes N.W.R.

Please bare with me as I try to catch up on the blog.
We've been enjoying the last few days here in Idaho outside of West Yellowstone.  Joyce and I took another ride into the park in search of wildlife while Paul and Paula went fishing. We aren't fisherman, probably because I don't have the patience! 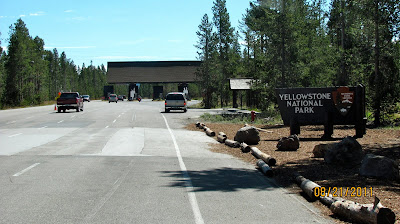 After driving about an hour into the park we decided to stop by this beautiful lake actually South Twin Lake. We ate lunch and watched for wildlife. We were hoping to see a Moose, Elk or bear...something! 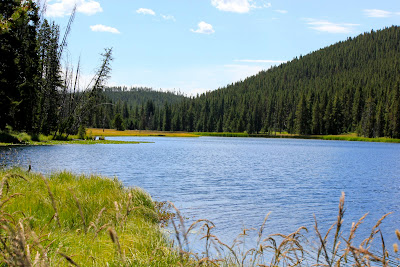 We saw nothing but, we had a good time and ate our bag lunch. 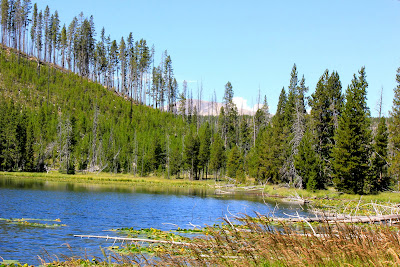 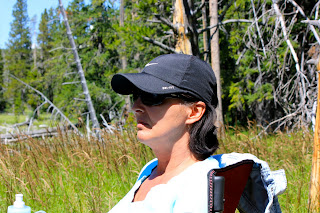 We moved to another location along a river and just sat looking. We saw this these Geese. 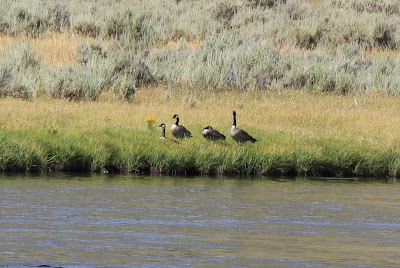 We also saw this Bald Eagle soaring above the river! But, that's all we saw in terms of wildlife with the exception of the odd bird or two. After a few hours we packed it up and headed home having enjoyed a quiet afternoon in the wilderness. 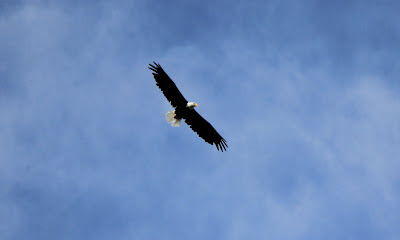 The other day we took the Jeep with Paul and Paula and went for a drive down some dirt roads around Henry Lake and eventually headed west along more rough dirt roads over Red Rock Pass. 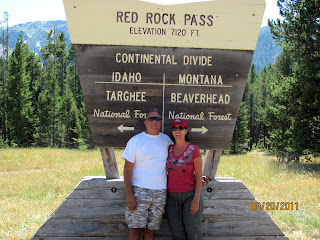 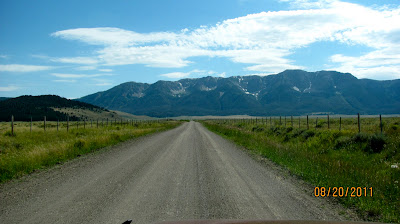 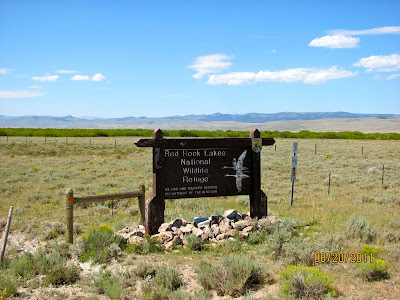 We stopped at the visitor center and had a good time talking with the two volunteers. Not much to see in the refuge that we didn't see driving into it!
We also visited a couple of the local lakes: Elk Lake and Hidden Lake.

We had a good time driving for about 60 miles on rough dirt roads. We were all keenly interested in finding some wildlife to photograph. Not much luck with that but we certainly tried!

Posted by Darren and Joyce Romero at 7:37 PM