I've fallen behind on the blog due to a lack of internet/ data service this past week, so in the interest of catching up, I'm combining several days into this one blog post:


We got up early at American Heritage Campground with the hope of getting an early start for Port Angeles. Paul and I got started with hosing off the top of our fifth wheels as the roof and slides were covered with wet pine needles. Of course that made a mess on the ground turning the already saturated ground to mud.
I wanted to make note that while in Olympia, I had the truck serviced at almost 20K miles to include an oil change, fuel filter change and changing the fluid in the two differentials. 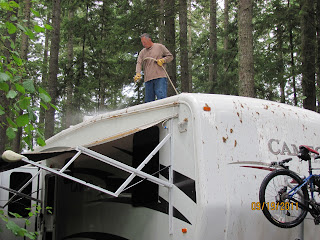 After our delayed start, we got rolling up Highway 101 past some beautiful scenery towards Port Angeles.


View Larger Map
After a few hours of driving on highway 101 we made it to Salt Creek Recreation Area just west of Port Angeles. This county park is right on the coast offering 50 amp electric and water sites ans well as primitive sites. There is a dump station. During the season, reservations are recommended. Paul and Paula took site 34 and we took site 36, both pull throughs. The sites are a bit close but we weren't expecting anyone in site 35 till Friday so we had some "extra room". We soon discovered after setting up that our phones were roaming and we were getting a message warning of international data rates. Apparently we were picking up the tower on the Canadian coast across the Strait of Juan De Fuca.
We ended up shutting off our phones and MIFI to avoid international data charges at $2 a minute! We discovered later that local phone service for our Verizon phones was available at other spots within the park.

We each paid $25 a night for a site, but we also paid an additional $5 a night for our "extra vehicle" that fit in our site. The set-up is designed for self-pay with a print-out that indicates which sites are reserved or available. We picked our own sites. We stayed for 8 nights after extending a day because of rainy weather.
Speaking of rain, as you could guess, its a pretty common occurrence in this part of the country! It rained off and on for most of our stay but the temps were moderate with lows in the 50's and highs in the 60-70's. The Strait of Juan De Fuca is part of the "Whale Trail" and whales and other marine life according to literature is often spotted in the marine sanctuary. We didn't see anything but ships, birds and kelp.

Just a few miles from Salt Creek is the small town of Joyce. Well of course, Joyce had to pay a visit. 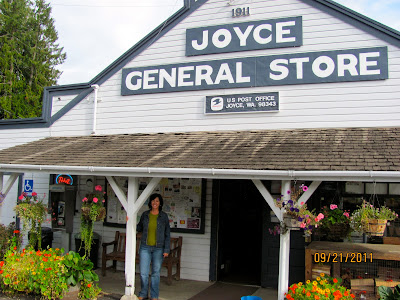 We did some sightseeing to include a trip with Paul and Paula to Port Townsend and this light house located within Fort Worden State Park. 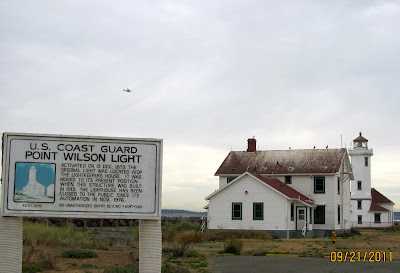 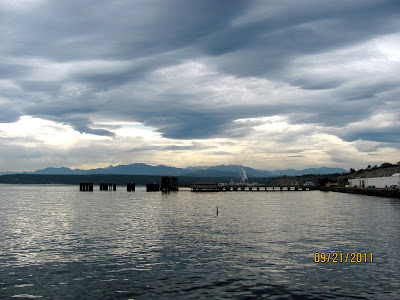 Of course, no trip to the Olympic Peninsula would be complete without a visit to Olympic National Park. We cruised by Crescent Lake inside the park, a beautiful long deep water lake. 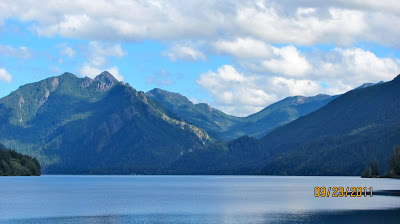 On Saturday, we paid a trip to Hurricane Ridge inside Olympic Park to check out the visitor center. It was very windy on the ridge, thus the name...Hurricane. 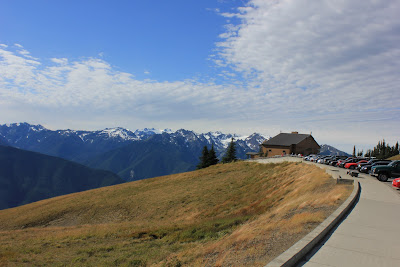 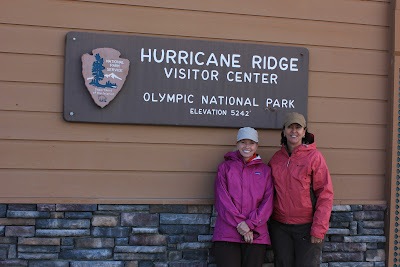 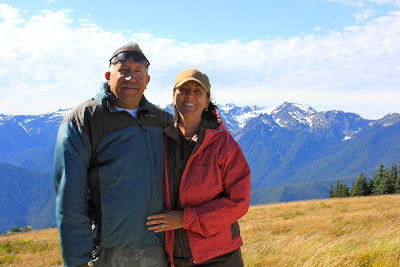 We did a short 2 mile hike along the ridges near the visitor center. It was a beautiful but windy day for a short hike. 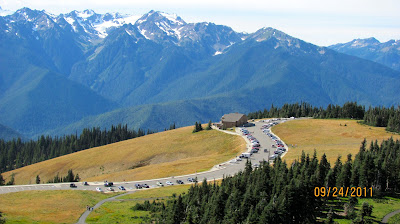 Olympic National Park is very large with diverse ecosystems to include a rain forest. The forests in this area are so incredibly dense with foliage and trees that it's actually dark under the forest canopy. Trees literally have moss growing on their trunks and limbs. Beautifully damp and dark, perfect for Vampires and Werewolves.... Okay, we did take a day to go visit Forks, Washington, the fictional home for the characters in the Twilight books and movie series. You'll need to check out the Facebook link on the top of this page for the America By RV page to see some more pictures of Forks that Joyce posted. 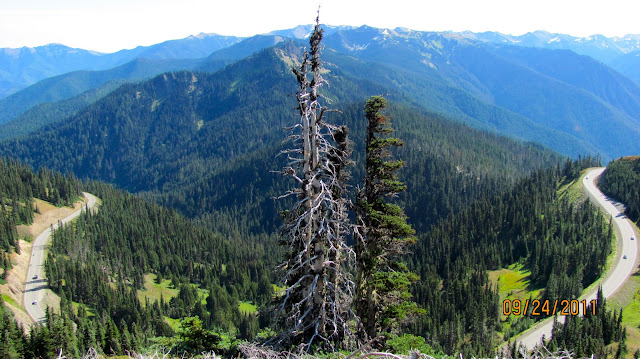 And on another note: While staying at Salt Creek Recreation Area, we had the Jeep serviced in Port Angeles at just under 20K miles to include an oil change, PCM update, differential fluid changes and tire rotation.
Our next move should put us in Oregon!

Posted by Darren and Joyce Romero at 10:11 PM