As you know we are still traveling with Paul and Paula and have been for most of the summer. Collectively, we decided that we had enough of the gloomy coastal weather. We enjoyed our visits along the beautiful Oregon coast despite the rainy weather.  We decided however, to head inland towards Crater Lake National Park. But first, we would stop in Westfir, Oregon about 145 miles away.


We took the time to stop along the coast at the overlook of another light house. 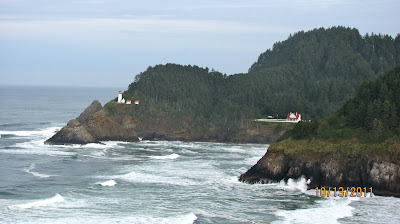 Over the side of the lookout point we heard a ruckus down below at the surf. Looking over we saw these seals. 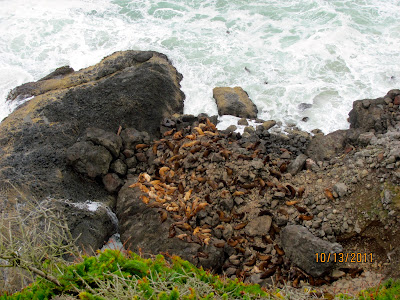 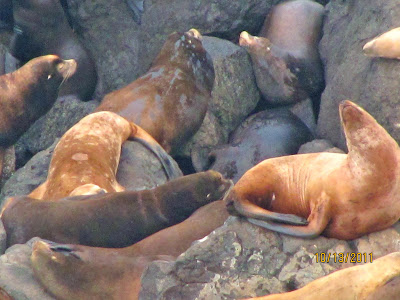 After enjoying our break, we continued down the coast before heading east towards Eugene. The further we got from the coast the weather in general improved. Driving through Eugene was a bit challenging on the narrow busy multilane streets. However after leaving Eugene the forests revealed their fall foliage and it was a beautiful drive.
We didn't have great expectations so we were pleasantly surprised when we arrived at Casey's Riverside RV Park. It's a beautiful park on the Willamette River surrounded by the Willamette Forest. The sound from the rushing waters of the river was just beautiful. We were assigned pull through sites 48 and 49 facing the river. We paid $74 dollars including tax for two nights with full hook-ups to include cable and WiFi. It was a bit more than we like to play at $37 a night with the GoodSam discount! However, the sites were beautiful as was the park. 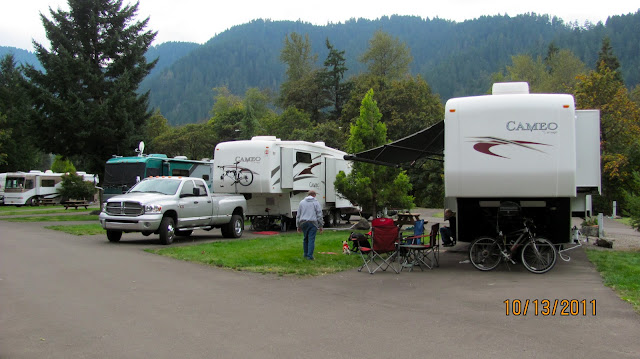 Truly a beautiful park about 6 miles from the small town of Oakridge that has the necessary fuel and shopping amenities. After getting set up Paul and I drove into Oakridge to buy diesel fuel paying $4.05 a gallon. We also stopped at the Forest Ranger Office near the park to get information on hikes in the area. 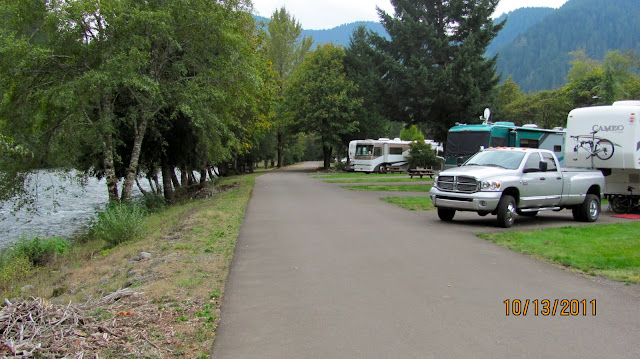 The next day, we took the Jeep into Westfir, a very small town with minimal services. However, we were only passing through on our way to a hike driving through the covered "Office Bridge" built in 1945. 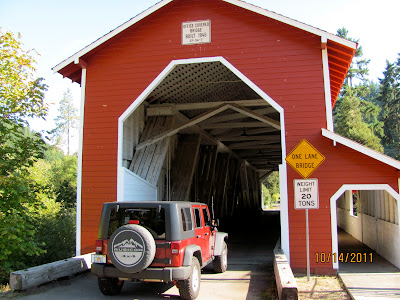 It was a beautiful day for a hike and it felt to good to be out enjoying nature as we did a hike along the North Fork of the Willamette River. 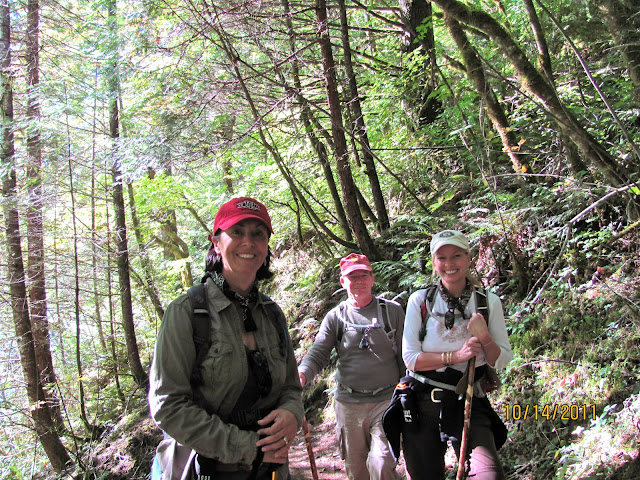 The Willamette Forest is very dense and moss grows everywhere and clings to the trees. 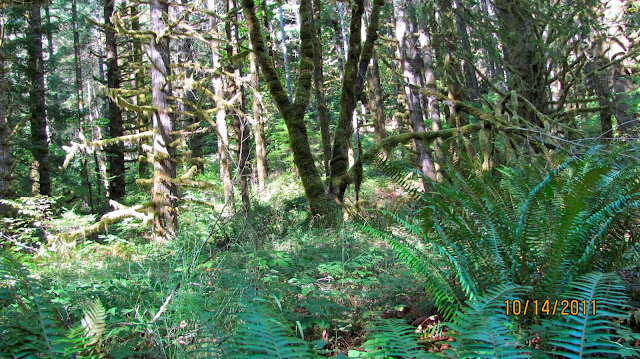 We got back to the Jeep after hiking 5 miles. Perhaps a bit too far considering we hadn't been hiking over the last few weeks. I know my feet were sore as my Plantar Fasciitis flared up. But you know...it kinda felt good! Later we explored some more of the town and did some grocery shopping in Oakridge.
The morning of the 15th we got hitched up and set out for a state park near Crater Lake National Park.

Posted by Darren and Joyce Romero at 9:43 PM

Email ThisBlogThis!Share to TwitterShare to FacebookShare to Pinterest
Labels: Oregon