We decided to do our rounds and clean up the park because we had hundreds of visitors from the Ididaride on Saturday.  In the morning several of the cyclists were filtering in to the park with their muddy bikes on racks attached to their vehicles.  We got the chance to talk to some of them.  One group was from Pasco County, Florida close to where we once had a home.  Most were doing the hike out to Big Shoals on the Suwannee River.

On the way back from Little Shoals in the John Deere Gator, we came across this turtle laying eggs.  My limited research indicates it’s a species of Box Turtle. 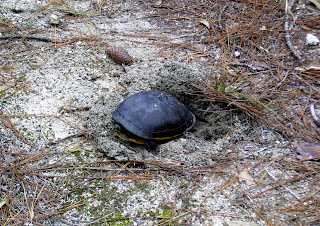 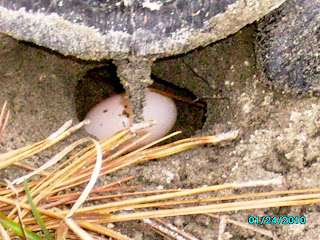 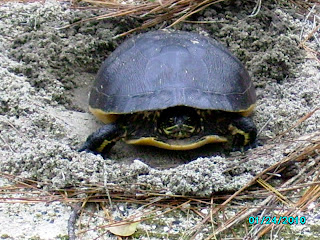 In the afternoon, I took a ride around White Springs.  I found the City Hall/ Police department. 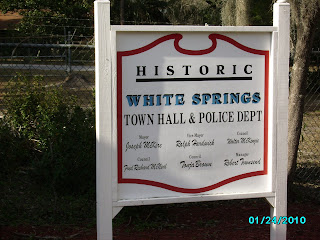 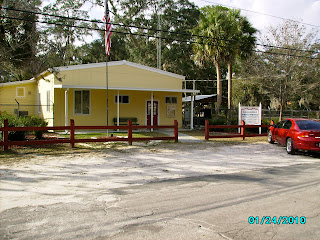 It seems the police department is closed on Sunday.  Not exactly a full service agency. The Hamilton County Sheriff's Office also has jurisdiction in White Springs. 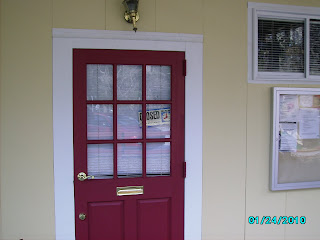 Like most small towns, I think the White Springs Police Dept. is more of a traffic oriented police agency. 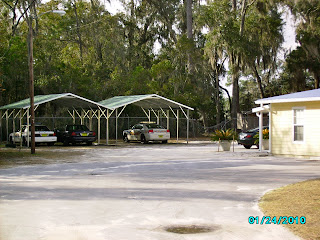 This small building at one time used to be the police department building.  I've seen a picture when the building was the police office and was painted white.  At that time it had a sign on it that read in black letters; White Springs Police. 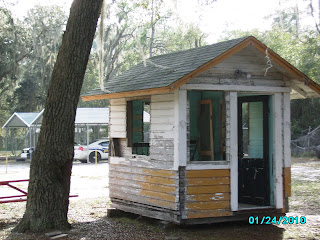 Posted by Darren and Joyce Romero at 6:55 AM