A Bike Ride on the Wet Trails, Saying Goodbye to Family


We didn't get the expected rain overnight.  In fact the morning was overcast but dry except for the fog.  Temps were in the low 70's.


I did some preparations for travel day tomorrow.  I checked the air in the rig's tires making sure they were at 80 p.s.i. cold.  The patched tire held its air..so far so good.  Then I put the transponders for the tire pressure monitor on the valve stems.


Sadie came over and dropped off Santo to stay with Joyce as she went to her hair appointment.  Joyce enjoyed looking after Santo. 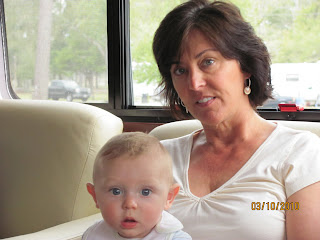 I decided to go for an off-road bike ride.  The trail which was a mixture of single and double track was very wet and muddy. 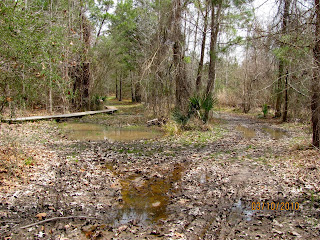 I went as far as I could go before the effort became futile as I was running out of dry land and loosing traction in the swampy Louisiana muck. 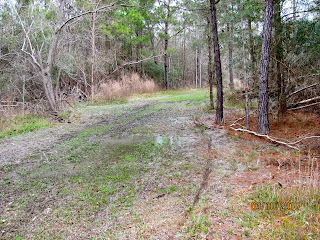 I made my way back and took a detour to a damaged observation deck, that I can only assume was damaged during one of the hurricanes. 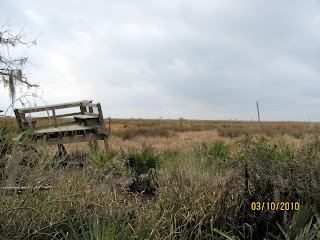 I rode out to the beach in the park at Lake Pontchartrain and took this photo of a solitary cypress tree.  I thought it was cool pic. 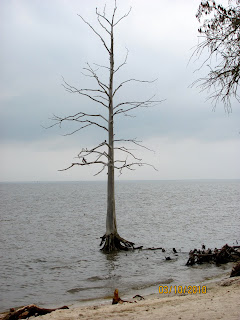 A final shot for us of the Fountainebleau State Park pier. 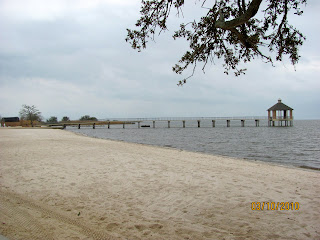 I took my bike out back and washed it off after taking a shower in the bath house. 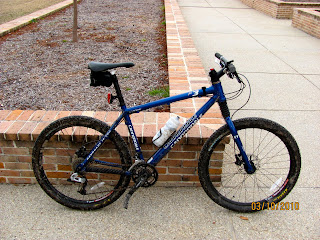 Sadie and Damon arrived at our rig and Joyce and I left with each of them respectively for a late lunch.  Joyce and Sadie took Santo and went to a Thai restaurant in Mandeville.  Damon and I went to a Mexican restaurant and had a terrific lunch.  Then Damon and I left to pick up Sergio and Sophia from school and brought them back to our rig to hang out and say goodbye.
We've sure enjoyed our visit and hope to see my brother and his beautiful family again soon.  Something that will be much easier to do in our RV lifestyle.
Tonight stormy weather is forecasted.  In fact there is a severe storm warning until 2 a.m.  I'm looking forward to our travel day tomorrow.  We plan to head towards Sulphur Louisiana just west of Lake Charles Louisiana.  It should be just over 200 miles.
Posted by Darren and Joyce Romero at 7:11 AM