March 5, 2010.
The day was sunny and bright in the morning with temps in the 30’s.  It quickly warmed to the high 50’s in the bright sun.
After walking Maggie and Rico, we decided to take a ride on our Cannondale Road Tandem. Of course by then it was approaching noon!  We started off with a ride through Fontainebleau State Park.  After cruising by Lake Ponchartrain we came across the visitor center which we had overlooked until now. 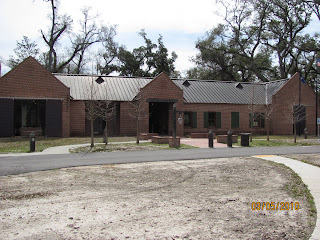 Inside, we saw some historical artifacts from the area and learned that Fontainebleau once had an operational sugar mill on the property at the turn of the century.  The mill ruins are just outside of the visitor center. 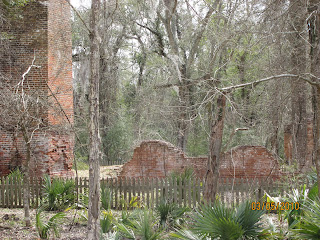 The crumbling brick ruins of a sugar mill built in 1829 by Bernard de Marigny de Mandeville, founder of the nearby town of Mandeville, suggest an interesting history for this site, and indeed there is. The wealthy Marigny developed this area across Lake Pontchartrain from New Orleans as a sugar plantation until 1852. The plantation income helped support his lavish lifestyle. He named his large land holding Fontainebleau after the beautiful forest near Paris, a favorite recreation area of the French kings.
Some additional displays on the history of the area and Fontainebleau State Park were found in the visitor’s center. 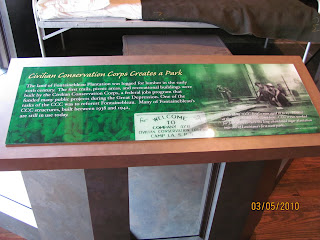 We spoke for a while with the park ranger in the visitor center.  He told us about a Bald Eagle’s nest and then made arrangements to have a staffer meet us at the site with a scope to see the nest.  The nest was far from the road in a tall pine tree.  Through the scope we were able to see the nest and just make out the eaglet. 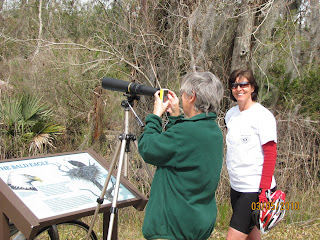 Afterwards, we left the park and went west on the paved Tammany Trace Bike trail, one of the national Rails to Trails projects.  We rode through Mandeville, La and continued into Abita Springs, La. 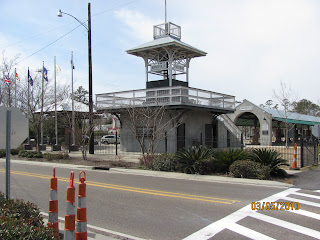 The trail had some interesting features to include an underpass under La Hwy 190. 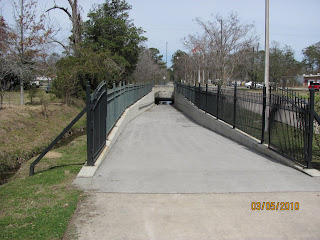 Also of interest to me was this section of the trail with a bridge over a water feature, and the trail going under interstate I-12 before approaching construction. I mean how many times do you ride a bike under an interstate!  It was a first for us.  And for my friend, Rocky I was sure to include the cell tower in the photo! 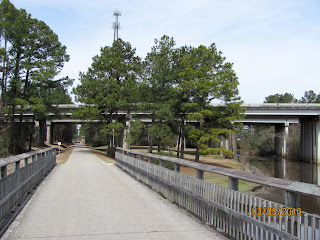 A fair portion of the trail up to this point involved a lot of intersections. 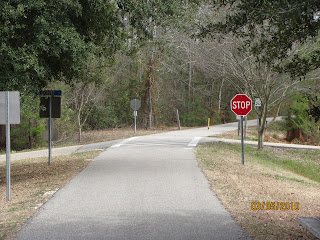 However as the trail turned north there were long spans of uninterrupted trail.  I noted there were signs all over for horse trails intersecting the Trace Trail. 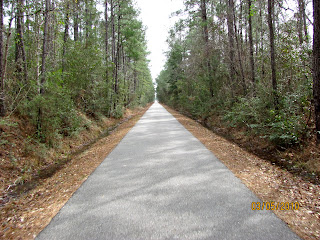 Once we got to Abita Springs, we decided to have a late lunch.  A local resident suggested we go to the Brew Pub.  Inside we split a Muffuletta sandwich a local favorite. 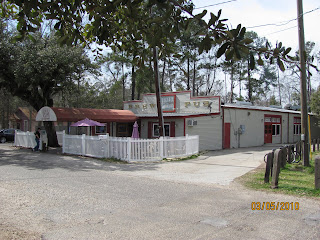 By the time we got back home we had ridden close to 30 miles.  We spent the rest of the day hanging out at the rig. Just another beautiful day in our Rv lifestyle.


We made plans with my sister in law to go to New Orleans tomorrow.  My Brother and nephew Sergio won’t be with us as they had plans before our arrival to go on a turkey hunting trip over the weekend.  So we will continue our visit with them when they get back!
Posted by Darren and Joyce Romero at 7:34 AM