View Larger Map
We awoke to cool temps of 64 degrees this morning at 7:00. Yesterday we stayed at the rig and made preparations for our move today to Taos, NM.

After securing the inside of the rig, we pulled in the slide, unhooked the water and sewer connections, put away the chairs and hitched up. We were eager to leave the hot gravel parking lot of Kirtland A.F.B.'s Fam Camp. We are on the road by just after 9:00.

We only had just over 150 miles to travel today. Whenever possible, three hours or 150 miles is about as far as I like to travel in a day. Obviously we have gone further, but when we can we like to go short distances so we don't miss out on this beautiful country of ours.

We passed through several Native American reservations. Some of the overpasses on the reservations were decorated. 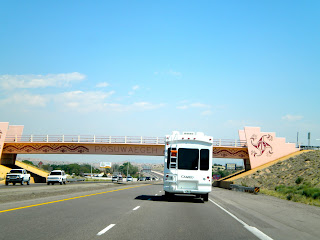 We drove along a gorge paralleling the Rio Grande River for a good portion of the ride. 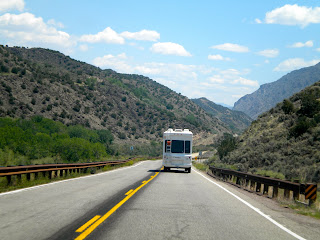 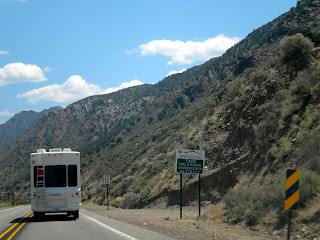 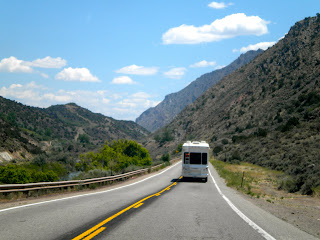 Before long we were passing through beautiful downtown Taos.
Although I would rather not have been towing the fifth wheel through town! 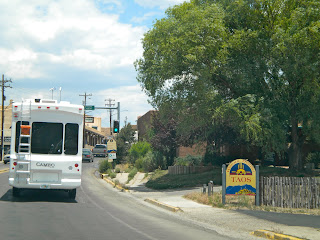 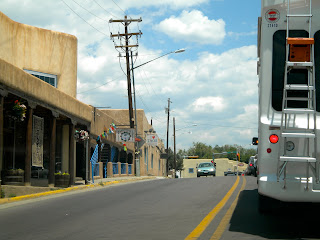 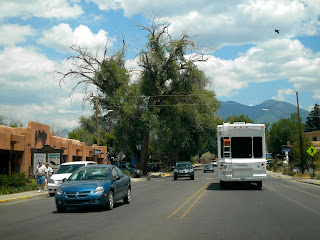 We continued through Taos onto US Hwy. 64 W. towards El Prado and our campsite destination: Taos Monte Bello RV Park. 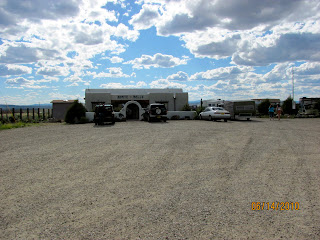 It's a small family owned RV park with only 19 sites and only 17 of those with full hook-ups. Again it's a typical RV park for New Mexico, a gravel lot however, with some shrubbery between the sites. 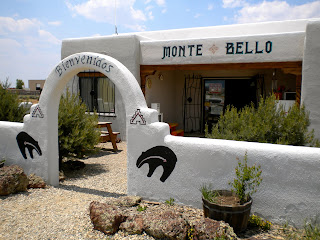 We paid for three nights with full hook-ups at $34 a night including WiFi. We picked site 19 and my father and Karen are in site 18. 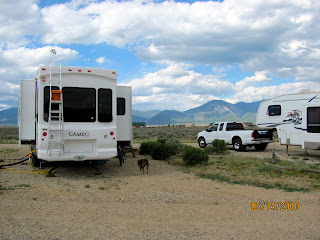 Some of the sites have 50 amps. We only have 30 amps in our site but it shouldn't be a problem. I don't think we will need to run both a/c's! 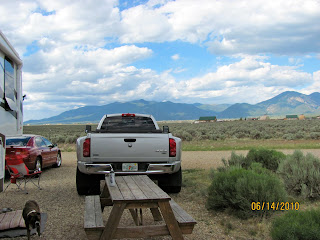 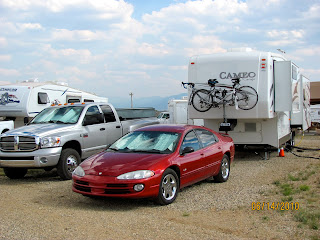 The elevation is about 7,000 ft. and the views of the mountains around us are just beautiful. 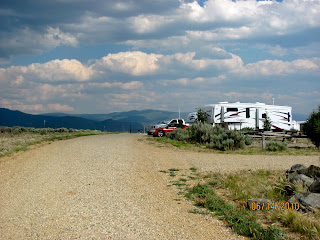 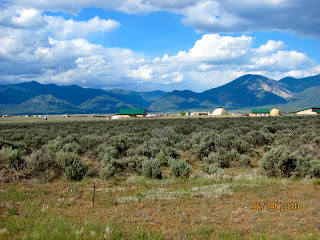 There were quite a few clouds today and rain was forecasted as a possibility. 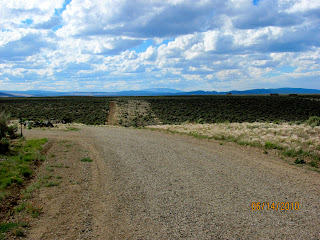 Temps are expected to drop to the upper 40's tonight...good sleeping weather!
Posted by Darren and Joyce Romero at 8:39 PM