Trip up the Bill Williams River

September 26, 2010 Bill Williams River National Wildlife Refuge
It continues to be warm here near Lake Havasu, Az. Temps are still over a hundred with 109 expected today. Generally it's been a little cooler in the evenings and overnight. The bad thing about the cooler temps is that it brings out the rattlesnakes. One of the biologists here at the refuge told me that the snakes like 76 degrees give or take 10 degrees, so we can expect to see them when the temps are 66-86. Yesterday morning, I saw a very large rattlesnake at the back door of the tool building I work out of. Not a reassuring sight!
A couple of days ago, Joyce and I decided to take out our Sea Eagle 370 for a ride up the Bill Williams River. Below is an older picture of our Kayak. 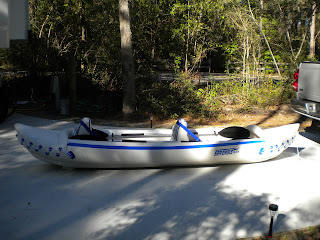 The launch at the refuge for kayak, canoes and other non-motorized watercraft. 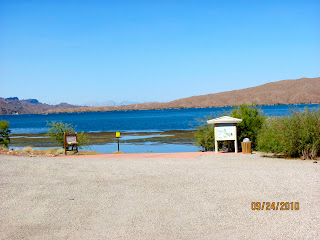 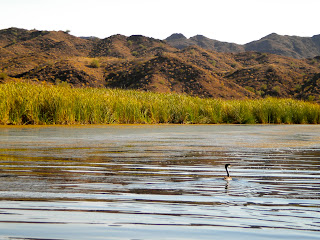 The Bill Williams River is in western-central Arizona in Mohave County; the river proper is the northern border of La Paz County which it drains in the north, as well as areas of far western Yavapai County. It is a major drainage westwards into the Colorado River of theLower Colorado River Valley south of Hoover Dam/Lake Mead, and the drainage basin covers portions of northwest, and west central Arizona. The equivalent drainage system paralleling the east-west lower reaches of the Bill Williams is the Gila River which flows east-to-west across central Arizona from western border New Mexico and joining the Colorado River in the southwest at Yuma; (it also collects from the drainage just east in northwest Arizona, to add to the total 60 percent of Arizona-half or more desert washes !). The Bill Williams River confluence with the Colorado, is north of Parker, and south of Lake Havasu City. 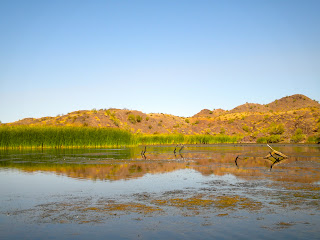 A couple of Egrets. 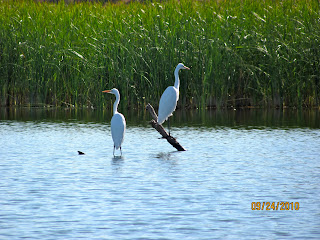 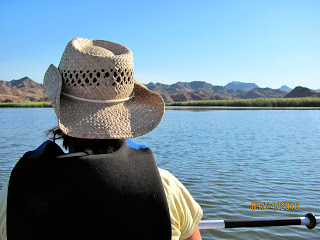 In the picture below, you can see how clear the water is in Lake Havasu. 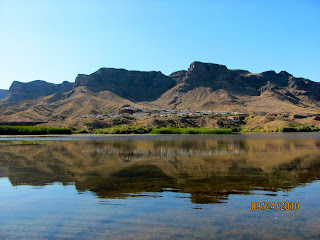 A couple of Koots swimming along. They feed on the mats of aquatic plants in the lake. 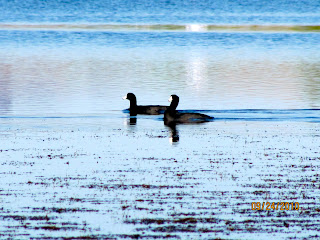 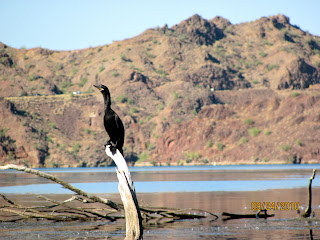 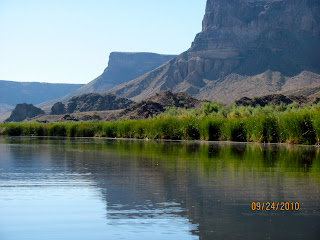 Named after an early explorer of the region, Bill Williams is a relatively short but scenic and interesting river in a little-known area of Arizona - it flows from Alamo Reservoir through the wild Buckskin Mountains in the west central part of the state and joins the Colorado River at Lake Havasu, just above Parker Dam. 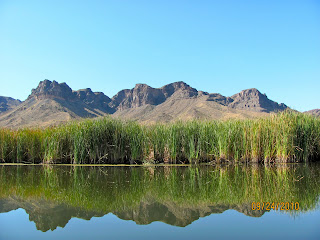 The lower stretches of the Bill Williams River, reachable by road, are wide, and the river meanders across a tree-lined valley, protected as a National Wildlife Refuge mainly because of the many species of birds found there. The upper part is rather different as here the waters flow through a narrow, pathless canyon where sheer cliffs and rocky terraces alternate with sandbanks along the edge while deep pools and occasional small cascades are found along the streamway, and so exploring the river can involve an easy walk around the NWR or a rather more strenuous hike through the Sonoran desert scenery of the upper gorge. 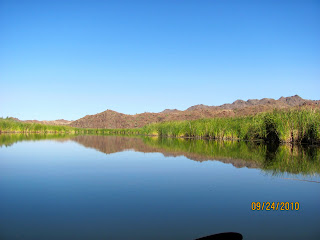 There was very little breeze on our trip up the river and the virtually no current in the river. We got a late start and weren't on the water till 8:30. After a few hours it was getting hot and we turned back. We had a good time and spent most of our time on the water paddling. Our Sea Eagle is better suited for going down river with a good current. Out on the lake, we were pushed around a bit by the very calm breeze.
Yesterday and today (Saturday and Sunday) we are back at work in the refuge two days into our 3 days on and 3 days off cycle we work about 4 hrs. each day. Over the weekend after cleaning off the paved trail and emptying garbage cans around the refuge, we worked inside the office buildings. No one is the offices on the weekends. Joyce cleaned and I did minor maintenance tasks, hanging signs, replacing exit sign batteries, filling holes with expansion foam, replacing outlets, etc.
Posted by Darren and Joyce Romero at 3:31 PM