A Day at The Beach (Padre Island National Seashore)

February 25, 2011. Shields Park NAS Recreation Area.
Today the wind was calmer than usual although still windy. We decided to take advantage of the relative  calm and head over to the beach on Padre Island. 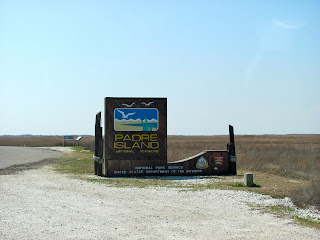 Our daughter, Ashley joined us so we decided to take her to the Padre Island National Seashore and take a drive on the beach. 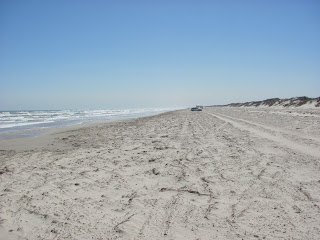 We set up near the surf as it appeared the high tide was going down. It was still windy and the air was cool so we took shelter behind the Jeep. 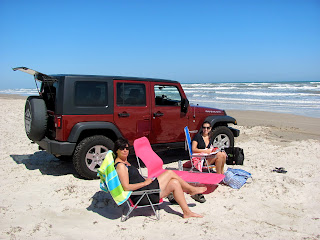 While we all got sun, we watched the visitors up and down the beach to include... 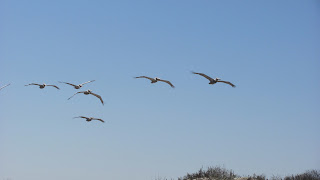 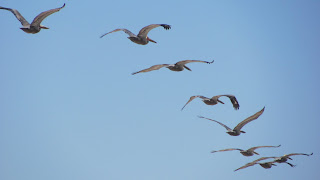 other vehicles and a pair of equestrians. 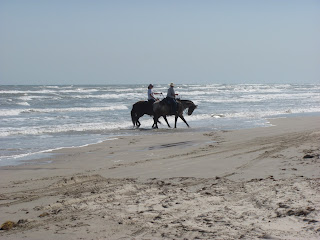 After enjoying our lunch and a couple hours on the beach, we packed up and headed home but, not before stopping with Ashley at the visitor center.
Back home we were told by several of the campers that the price of fuel had just gone up. In fact, gasoline had spiked to $3.20 and diesel to $3.60. Unrest in the Middle East and particularly Libya has created instability in the markets. Let's pray for peace and "drill baby drill!" here in North America.
We plan to move on March 1.
Posted by Darren and Joyce Romero at 6:56 PM