February 18, 2011 Shields Park NAS Recreation Area, NAS Corpus Christi, Tx.
It's been a while since my last post. We are still on the Navy base. The winds here are almost constant and it's really a bit daunting at times to do anything outside. However the other day, I did manage to wash our fifth wheel to include the roof. I used Dawn dishwashing soap. It looked brand new when I was done! Washing rigs seems to be a past time here in the park. There's no prohibition against washing so everyone seems to take advantage of it. Especially since the high winds carry the salt spray which seems to cover everything.
We've kept busy visiting with our daughter and son-in-law. We celebrated Ashley's birthday a few days ago and as part of the celebration we attended the Cirque Du Soleil show Alegria in downtown Corpus Christi. It was a thrilling acrobatic exhibition. I'm not sure if there is a story line, but if there was it completely escaped all of us. It's worth a visit if you get the chance to see it.
Today, we took a ride out to Padre Island.
Extending 113 miles along the Texas Gulf coast, Padre Island is comprised of stunning dunes of fine white sand, thriving grasslands, saltwater marshes, and myriad wildlife. With 70 miles of natural beaches, 133,918 acres of which are protected in the National Seashore, Padre Island is one of the largest undeveloped barrier islands in the United States. 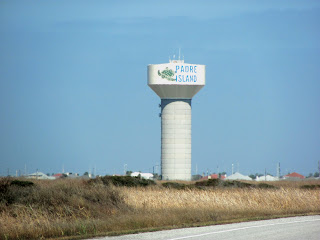 We wanted to visit the Nueces county park, Padre Balli Park and check out the rv facilities. We took a quick drive through the RV park noting that it's basically a paved parking lot with water and electric hook-ups. It's situated behind some tall sand dunes and thus protected somewhat from the winds. We did notice a few empty sites. Driving on the beach is permitted within the county park so we took the opportunity to try it out in the Jeep. 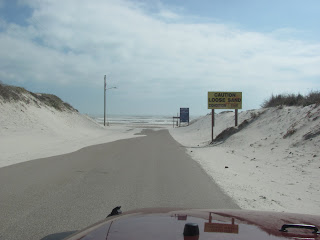 The sand was flat and brownish not the awesome white sand we are familiar with in Florida. A permit is required to actually park on the beach within the county park. 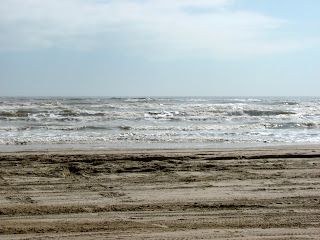 For those not wanting to risk getting stuck. There is paved access to the beach along with paved parking that doesn't require a permit or any fees. 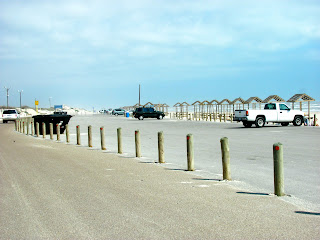 We left  Padre Balli Park and continued south towards the national park, Padre Island National Seashore. It was an 8 mile paved drive along the relatively flat grassland of the island to the toll gate. 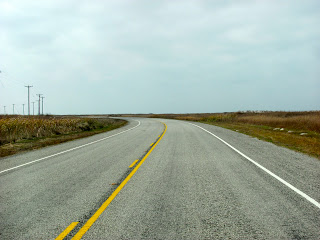 Padre Island National Seashore protects the longest undeveloped stretch of barrier island in the world. Experience the wonder of the National Seashore by enjoying the beach, launching your boat and fishing, windsurfing or watching wildlife. 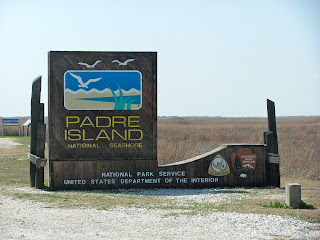 We showed the attendant at the toll gate our National Parks Volunteer pass and we were promptly admitted without having to pay the $10 entry fee. We then drove another 4 miles to the visitor center. 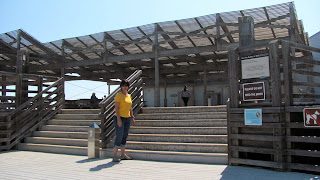 The visitor center had a nice boardwalk down to the shore. We walked out to the beach and spent some time relaxing in the sun and listening to the rough surf. 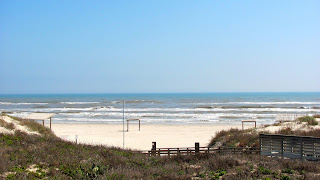 Another mile or so from the visitor center the paved road ends. Beach driving is the only way to get further south. The information I read is that one could drive 55 miles on the beach as far south as Brownsville Texas. 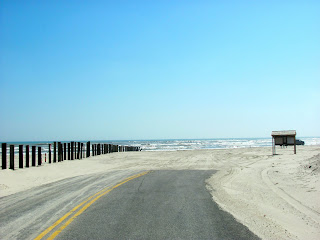 The route is considered a Texas highway and traffic laws are enforced. 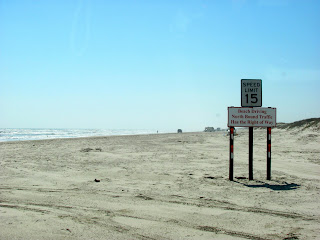 The section we traveled on was flat and the sand was very compact. There were a few small RVs parked on the beach. However, a few miles further on down the beach access is restricted to four wheel drive vehicles. 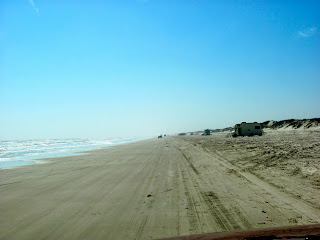 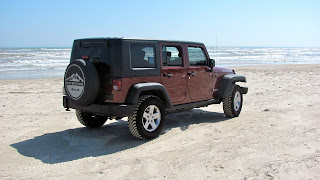 We felt comfortable in the Jeep on the sand even though the BFG Mud/Terrain tires are really not suited for sand. 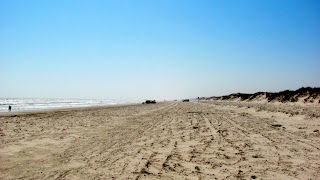 The surf and wind were active. Like I said before, the wind seems to constantly blow around here, just somedays it blows harder than others! 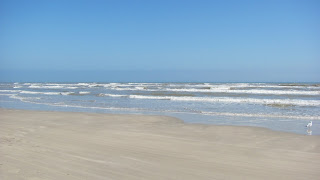 We will be staying put till the end of the month. Hopefully we will figure out where we are going next before then. We don't want to get too far away as we have to be back on June 10th for our son-in-law's "Winging Ceremony" at the completion of his multi-engine training. Regardless, I'm anxious to move on away from the wind and high humidity.
Posted by Darren and Joyce Romero at 11:00 PM