We awoke to subfreezing temperatures. We were fine, but Paul and Paula's hose spigot had frozen overnight. We quickly got ready and hitched up for our trip into California and Susanville RV Park. A trip of about 200 miles.
As we hitched up I noted that my TST tire pressure monitor was sounding the alarm as one of my tires was reading 99 psi in the 30 degree temps. The others were 100 or 101. The norm is readings of  107 to 110 cold on our TST.  Paul has the same system and tires on his rig. He reported the same pressures. We carefully pulled out of our sites avoiding the trees in the tight turns inside the state park. We got rolling down the highway taking it easy until everything warmed up to operating temperatures and our trailer tires pressurized to 110 psi and above.


View Larger Map
The trip south on Highway 97 took us along Klamath Lake through the city of Klamath Falls, Oregon and past views of snow covered Mt. Shasta in the distance. 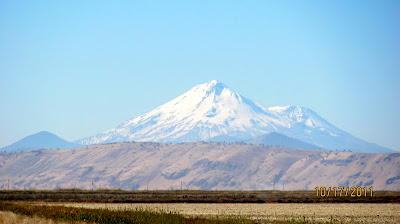 On highway 139 we experienced a twisty bumpy up and down highway that often kept our speeds around 40-45 mphs. After several hours we began descending towards Eagle Lake and into the town of Susanville California. In fact, the downhill run into Susanville on Hwy. 139 was very steep and I did part of the downhill run in second gear with the exhaust brake to keep the speed down on the twisty road. 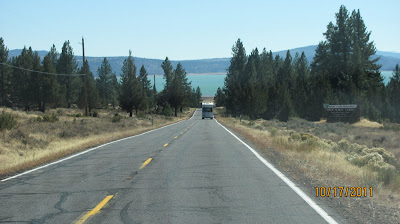 We pulled into Susanville RV Park in town and met with the friendly workamper who got us registered for $34 a night with our GoodSam discount. We were directed to sites 25 and 26. There wasn't room at the site for our Jeep so we were allowed to park it outside the office. 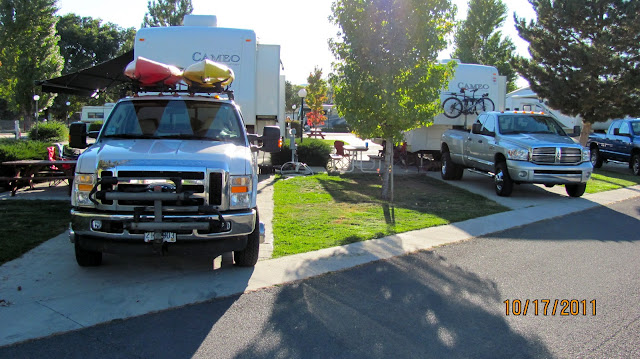 The sites were pull throughs in the middle of the park each providing full hook-ups including WiFi, Cable and 50 amp electric. 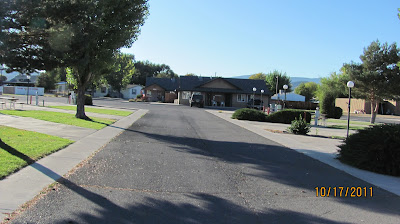 We were exhausted from a long day in the saddle and before long we all decided that we would spend two nights and just relax in the warm sun of the next two days. Something we had missed while in Oregon! 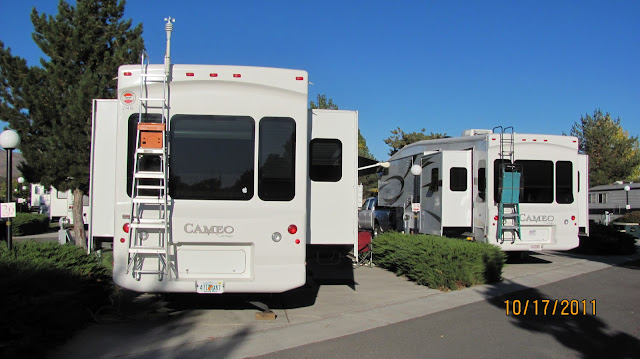 So the next day, the girls did laundry and some grocery shopping and Paul and I rode around Susanville on our bicycles enjoying lunch at a local Mexican restaurant.
We enjoyed our relaxing two days and made plans for our next destination: Dayton, Nevada outside Reno and near Carson City, Nevada.

Posted by Darren and Joyce Romero at 7:58 PM

Email ThisBlogThis!Share to TwitterShare to FacebookShare to Pinterest
Labels: California