After paying the $14.50 each entrance fee we scanned the brochure map of the museum and were amazed at the size and all that it had to offer. We had thought this would be a 2-3 hr. visit.
There were outdoor pathways all through the museum/zoo. There were enclosed aviaries and animal exhibits to include a bear, mountain lion, wolf and other desert animals scattered through out.
Along the path I found these Saguaro Cacti growing out from the shelter of a tree. This is typical of young Saguaros which eventually out live their tree shelter.
One of the loops in the museum/zoo is a desert loop with spectacular views. 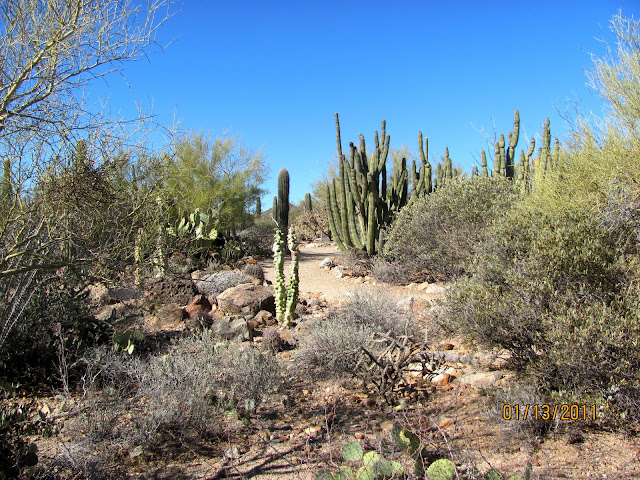 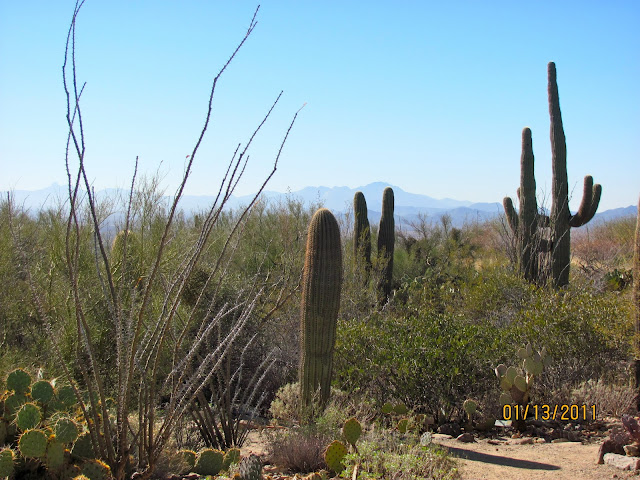 We stopped to witness a Harris Hawk demonstration. The park had four of these magnificent hawks soaring over the small crowd that had gathered and resting on the tops of saguaros. This one landed near me in a dead saguaro.
We believe The Arizona Senora Desert Museum was well worth the visit and the fee. We thoroughly enjoyed it. After about 6 hours, we left the museum/zoo and drove another mile or so to Saguaro National Park. We had actually driven through a portion of the park on Sandario Road when we were initially traveling to the campground. 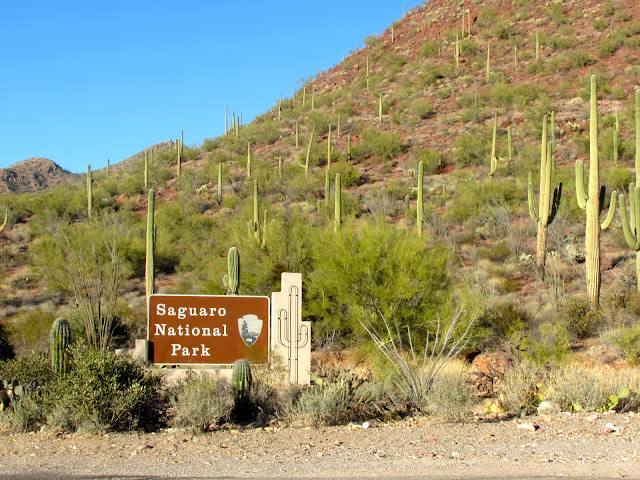 We stopped at the visitor center and checked it out. It was nice with the typical souvenirs and some nice desert displays. We stayed for a short slide show on "The Voices of The Desert". The visitor center was certainly less than impressive after having toured The Arizona Senora Desert Museum. If we had planned to hike or park our vehicle in the Saguaro National Park, then we would have been required to obtain a pass at a cost of $10 if we didn't have our volunteer parks pass. 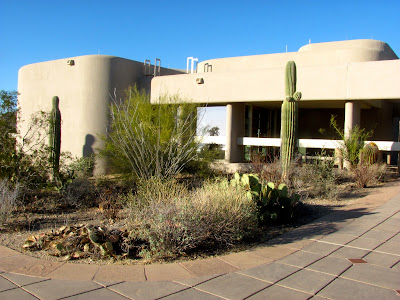 It was getting late so we didn't have time to do anything more than drive through a portion of the park. Its actually no different than where we are staying within Tucson Mountain Park. Plenty of saguaro cacti of various shapes and sizes. 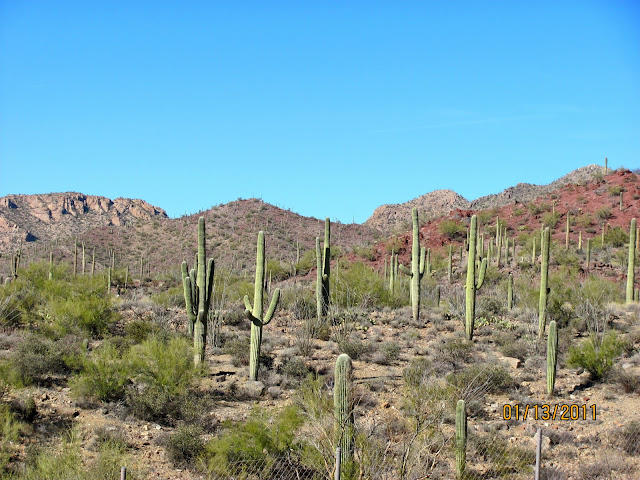 It was a beautiful day and the weather certainly cooperated with sunny skies and temps in the low 60's. By the time we got back to Maggie and Rico, we were tired from all the walking and standing so they got only short walks!
We had been conserving water at our campsite working off the approximately 20 gallons I had in the 80 gallon tank of the fifth wheel. So far we were doing good and I wouldn't have to stretch a couple of hoses to put more water in the tank. Sponge baths were in order tonight! Tomorrow we hoped to get an early start and head for Las Cruces, New Mexico.

Posted by Darren and Joyce Romero at 6:19 PM