Yesterday, we stayed in the park and then rode our bikes around town. Tetonia only has a population of about 250 so it's not a very big town at all. The weather was a bit cloudy and threatening rain so it was a good day to stay close to home.
I had mentioned in my previous post how we wanted to do a hike in Grand Tetons N.P. but that I don't like crowds, so some fellow bloggers, Jim and Gayle suggested a hike in the Laurance Rockefellar Preserve. Once again we made plans to get up early and head out for Grand Tetons N.P. However, we slept in as it was too cold to get up! We finally left our rig at 9:00. After about a 50 mile drive including up and over Teton Pass again, we arrived at the Preserve within Grand Tetons N.P.
Jim and Gayle had mentioned that the park limits the number of vehicles that can park at the visitor center and trailhead. Sure enough the ranger staff was on hand to marshall vehicles into the parking. We got one of only two spaces remaining at the time we arrived. 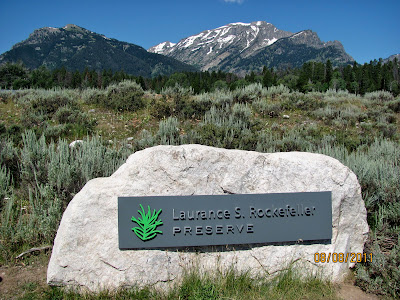 We checked out the visitor center and then headed out onto the trail for Phelps Lake. Along the way we followed the river and had lots of river photo opportunities. 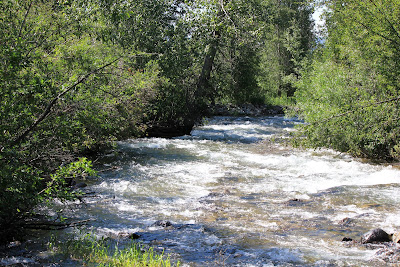 We did encounter other people on the trail but it wasn't bad. I was hoping to come across some wildlife, bears and moose would have been cool! But that didn't happen. 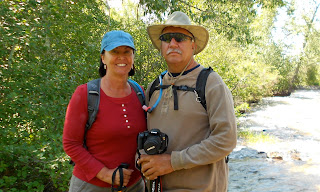 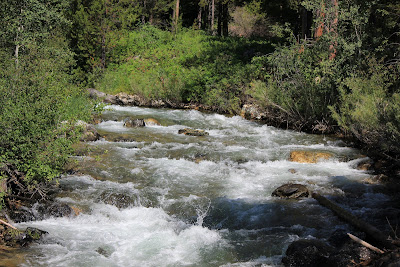 We did come across this deer on the trail whom seemed to not be very concerned with our presence. 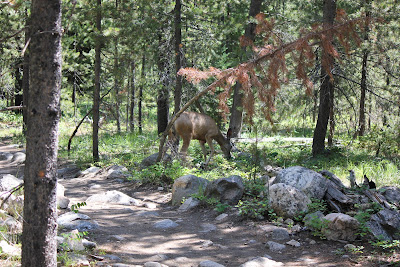 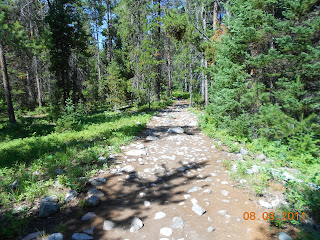 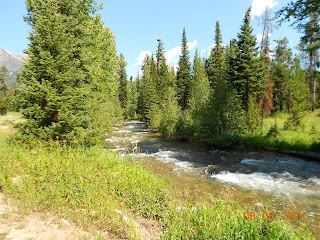 Once we were at the lake, we decided to hike a bit further and walked partially around the lake. We could have hiked all around the lake making it a 7-8 mile hike, but we decided against it as my water bladder in my backpack was leaking and I didn't have much water in it. 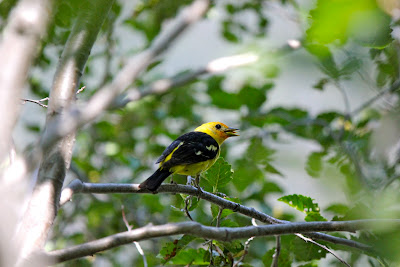 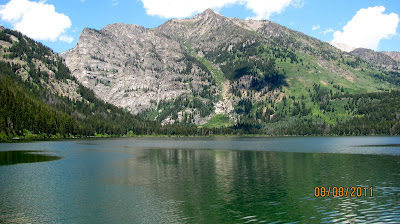 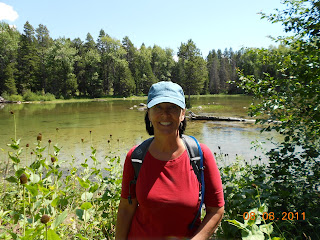 I brought along my new Canon T2i camera, but I also brought the telephoto lens which really didn't work well for the landscape shots. I should have brought along the wider angle standard lens. As a result the photos in this blog are from 3 different cameras. Two that I carried and one Joyce carried. We had a fun hike, didn't see much wildlife but saw a lot of birds. We did just over 5 miles in total. The scenery was beautiful and the weather was cool. Afterwards we stopped in Jackson Wyoming for some groceries and then headed back home.
It seems every evening that we've been here we get a brief storm blow through usually producing some strong wind gusts before quickly passing. Sometimes it produces a little rain. Last evening we had some of those strong sudden gusts. We had been sitting outside chatting with a neighbor when the gusts forced us all inside.
Posted by Darren and Joyce Romero at 10:26 AM