Hike in the Wasatch Mountains and Willard Peak

August 2, 2011, Golden Spike RV Park, Brigham City, Utah.
Today we decided to take a ride and hike up to Willard Peak.
Willard Peak is the highest peak in Weber County, and generally considered the northernmost peak in the Wasatch Mountains.
The start of the climb to Willard peak via 4x4 vehicle is via the town of Mantua. We drove to the small town just a few miles west of Brigham City and got on Willard Peak Road which became a dirt ATV 4x4 road at the base of the mountains. We took the rough washed out forest road up the mountains and stopped at about 7K feet. 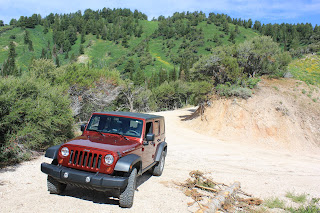 We did about a 2 mile hike checking out the surrounding mountains and deciding if we wanted to press on further up the mountains on the rough road. 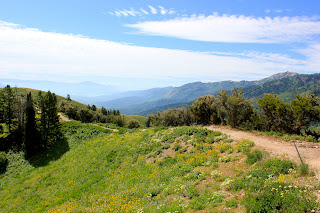 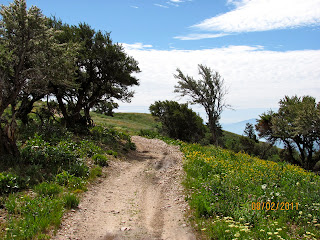 Across the valley we could see the peak that we thought was Willard Peak. 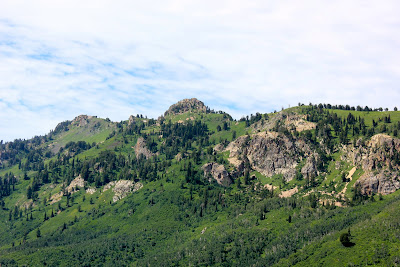 We could see part of the road that would take us there.


Even though we weren't at the summit of the highest peak, the views were spectacular but hazy.
We decided to press on up the road over the sharp rocks and ruts in the washed out narrow ATV/Jeep road.
We made to Willard Basin and thought we could hike to the peak from there. 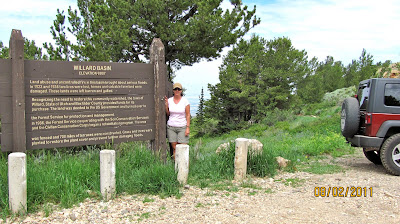 We took off on another 2 mile hike up one of three ATV roads... 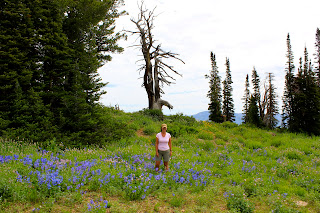 Destination was the peak in the distance. 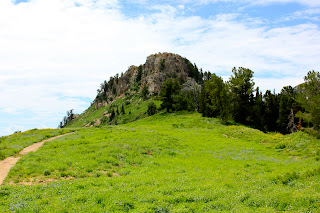 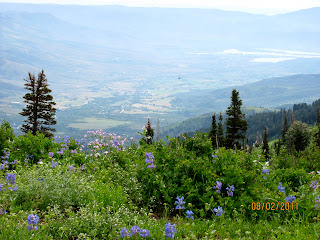 As we grew closer, I stopped to talk to these two ATV riders who informed me that what I thought was Willard Peak actually was something else. We had been hiking in the wrong direction! Willard Peak was across another valley in the opposite direction. 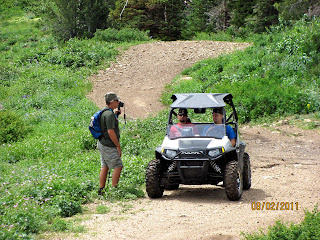 We hiked back to Willard Basin and then decided to try and drive up the 4x4 road to the summit. 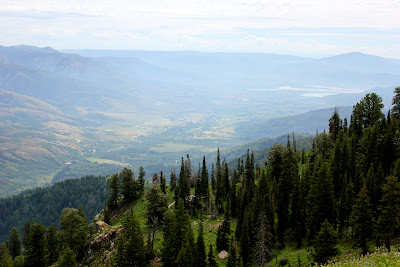 We made to about a mile from the summit when we came across this log in the road which prevented us from going any further due to the steep drop-off at the edge of road. So I was forced to do a multipoint turn with Joyce spotting me to get turned around. 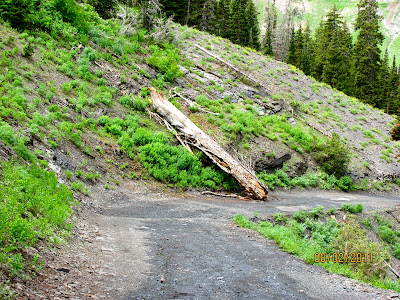 We should have hiked from this point but there was no where to park the Jeep and it was getting late. We were a bit tired from our two previous hikes so we turned around and headed back down the mountains. 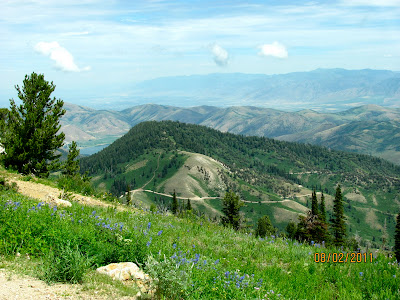 The ride down was as rough as the ride up. We passed a few ATVs and motorcycles going up the mountains as we were coming down. We had a good time and gave the Jeep a workout. It needs a bath now but it looks good dirty!
Posted by Darren and Joyce Romero at 8:01 PM