August 22, 2011 Valley View RV Park, Island Park, Idaho.
We wanted to do a kayak outing while here in Idaho. Paul was wanting to take the kayaks off the roof of his truck and get them in the water and I was wanting to take our Sea Eagle kayak out of the bag. One of the RV park managers told us about a kayak trip on Big Springs and Henry Forks River. We decided to try it.
We launched just south of Big Springs and parked Paul's truck down river at Mack's Inn off Hwy. 20. We left the Jeep at the launch area on Caribou-Targhee National Forest land. 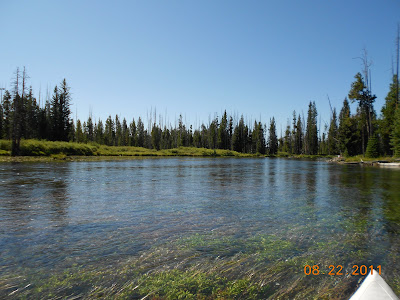 The water was cold but absolutely clear. We couldn't have asked for better weather as the high was expected to be in the low 80's. 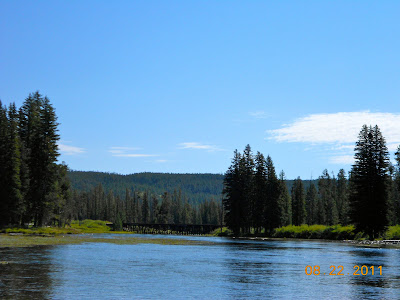 We were expecting this to be a leisurely float possibly taking 3-4 hrs. to do the 4 mile kayak trip down the river. 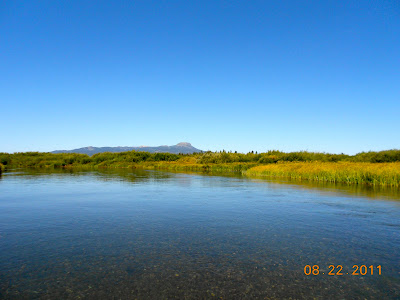 Shortly after launching we had come across a female moose in the dense bushes along the river but we weren't able to get any pictures. However, near the end of our trip we came across these two Bull Moose. The largest seemed to be the one laying in the water. 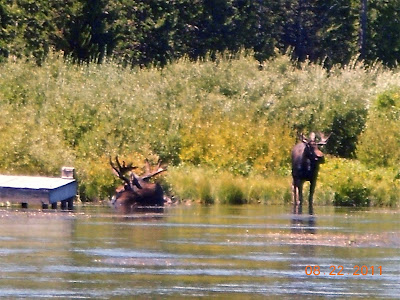 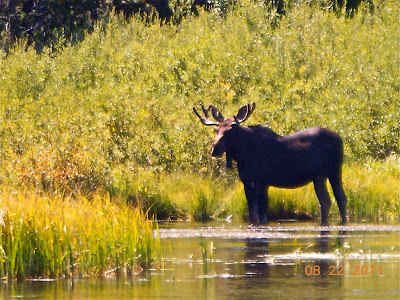 Between the four of us we only had two small pocket cameras. So, the pictures at full zoom aren't the greatest. 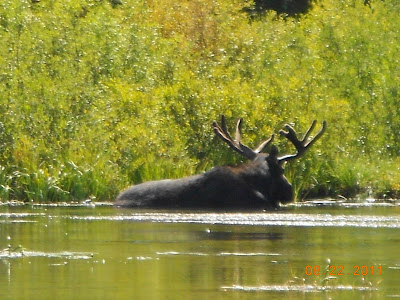 We were so excited to see the Moose. This is one of the animals that we most desired to see in the National Parks as we have never seen a live Moose.  But we never saw one in the parks! 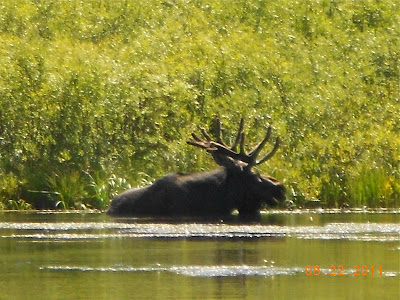 We drifted past the Moose and were really quite surprised as we had made the 4 mile trip in about an hour and a half! Needless to say the river was moving along pretty well. In two or three spots I had to get out into the ankle high water and drag us over some shallow spots. Even so, we made great time and saw plenty of fish in the crystal clear waters. 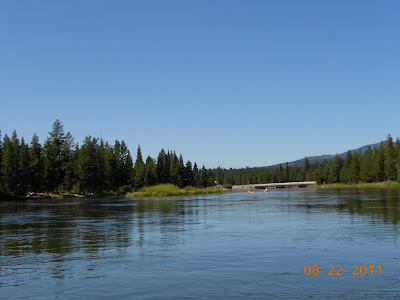 The trip was over sooner than expected but actually it was just right. Further down river past Coffee Pot Campground (Caribou- Targhee NFS) is supposed to be a very severe rapid.
Back on shore we took the next two shots of one of the Moose in the river undeterred by the humans around him. 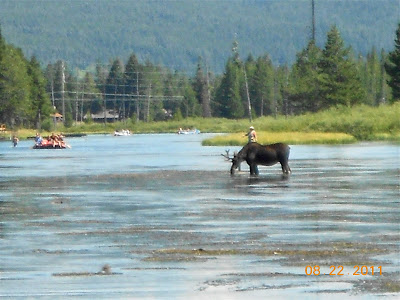 There are plenty of aquatic weeds in the river for the Moose to feed on. 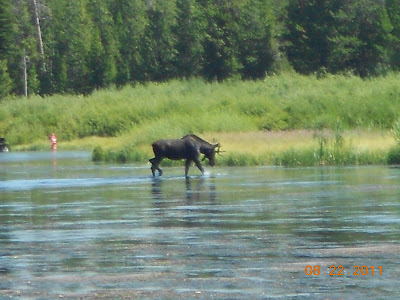 Today Joyce and I drove past Macks Inn and saw this Moose in the River. It was probably one of the two we saw a couple days ago.  I had my new camera with me so we quickly got out to take some more pictures from the opposite side of the river with my telephoto lens. 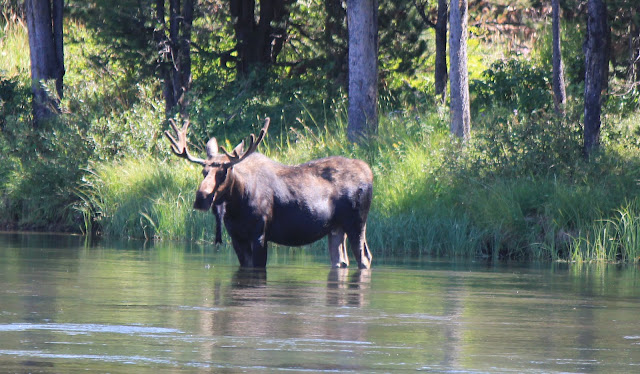 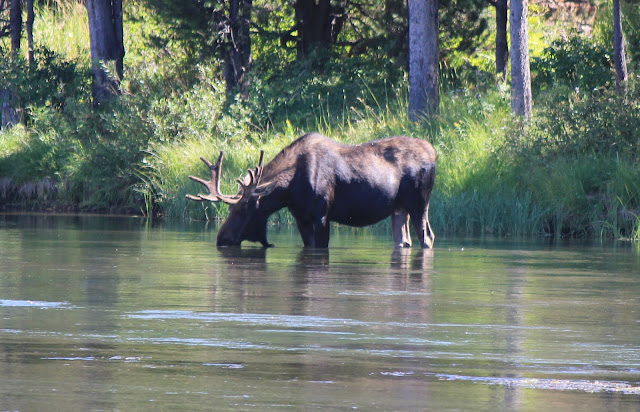 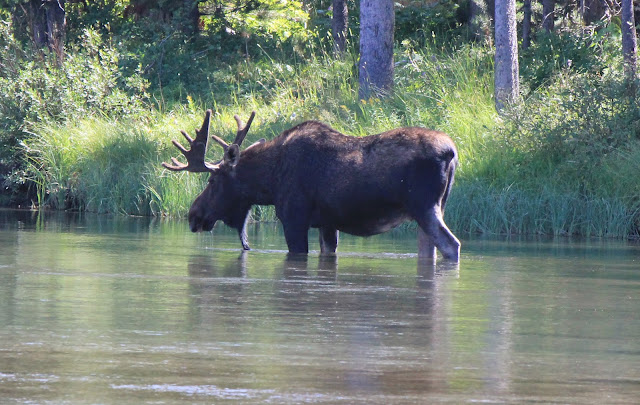 The Bull Moose was in the shadows of the opposite bank so the pictures aren't the greatest. Even so, I was happy to get some shots!
Posted by Darren and Joyce Romero at 9:01 PM