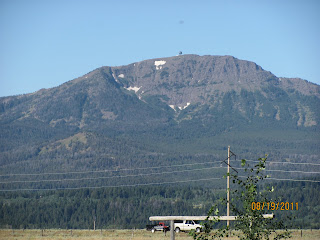 From our campground, a large Radome is visible on the top of a peak in the distance. We learned from some other campers that there is a gravel road that leads to the peak and the radome. The peak itself is known as Sawtelle Peak and the drive at this time of year is particularly beautiful due to the wild flowers. So, after just a little prompting, we decided to take the drive up to the mountain with Paul and Paula. 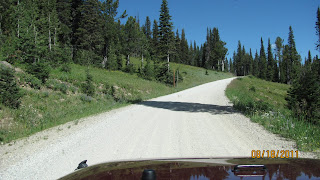 The summit is just under 10000 ft. At the summit is an FAA Radome and some FM radio towers. The entire route to the summit can be driven as the gravel road is maintained to service the Radome and towers. 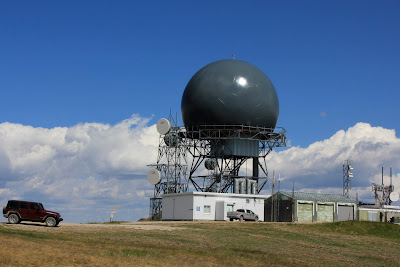 From the top of Sawtelle Peak the view of Mt. Jefferson at 10,200 feet and the tallest peak in the area is just phenomenal. 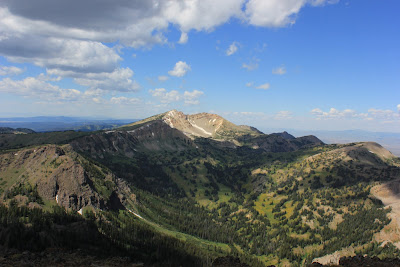 The clouds were coming and going changing the shadowy perspective. 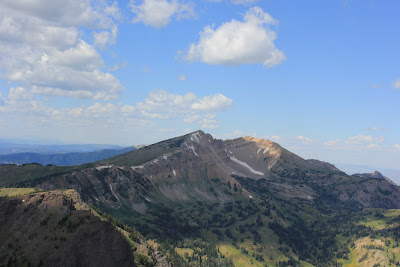 It was a hazy day but we could see Henry's Lake below. 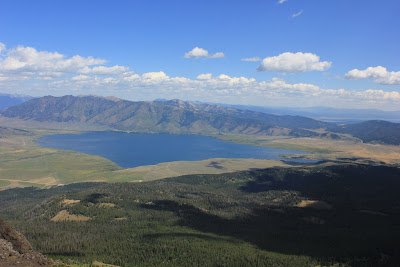 In the center of the next photo you can see Valley View RV Park. (Click on any of the photos for a larger view) 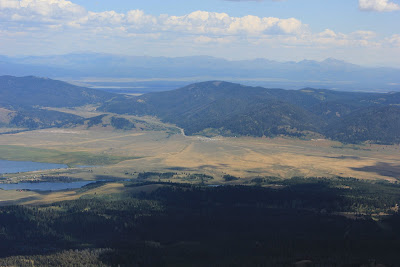 On a clear day one should be able to view portions of three states Idaho, Wyoming and Montana to include Yellowstone Park from the peak. Obviously we didn't have a clear day! 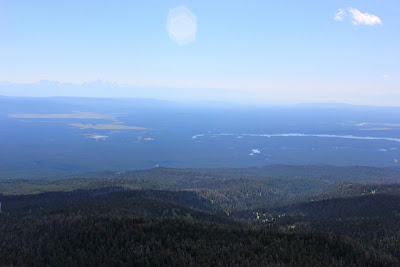 You might be able to make out the Grand Tetons in the center horizon of the picture below. 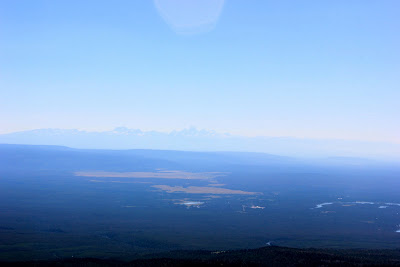 On the way back down the mountain, the girls wanted to stop and play in the flower covered sub-alpine meadows. 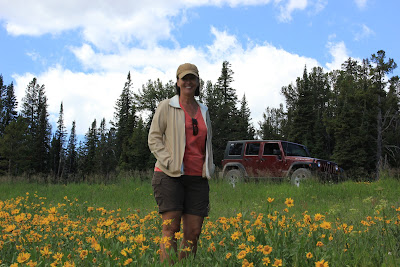 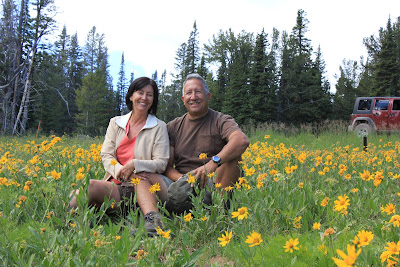 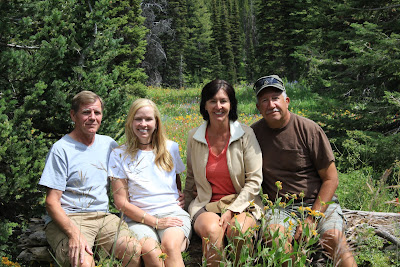 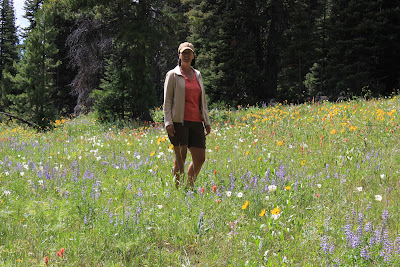 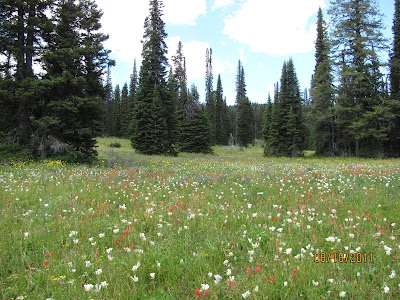 We had a great time checking out the meadows filled with flowers. Later we found an off-road trail that we followed in the Jeep till it ended looking for the elusive wildlife.
On the way home we stopped at a local grocery/ gas station. The prices were crazy but, there isn't much available in terms of grocery stores in the area.
We will see what tomorrow brings.
Posted by Darren and Joyce Romero at 9:24 AM