April 23, 2010
I woke up at 6 am and noticed the wind from last night had subsided. Gusts were 35-45 mph with sustained 30 mph overnight. The forecast for today included a High Wind Warning with the worst of it in the afternoon. I figured we needed to make a break for it while we still could!


After packing and hitching up we headed for the dump station. We were on the road by 8:30.  By now the winds were already picking up from the south and west. I could feel the winds pushing the trailer. 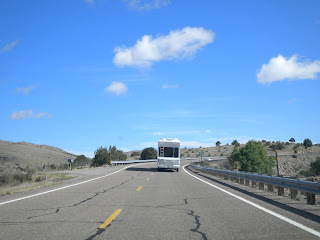 We headed north on 285 to Artesia and then turned west on Hwy. 82. Immediately I began seeing signs warning of high elevations and steep 6% descents. The signs restricted trucks over 62 feet and those without engine braking. I sure couldn't see any mountains up ahead. I was getting pummeled by the increasing winds I drove @ 51 mph due to the wind. It was blowing at least 30 mph hitting me with a cross wind and head wind. 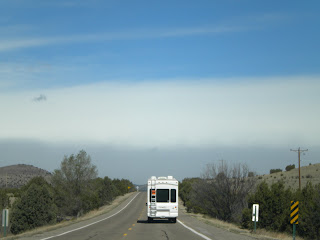 As we continued west the high desert changed to juniper forests. I noticed a few vehicles heading in the opposite direction with 3-4 inches of snow on them. My initial thought was that they were coming from someplace that we were not going! 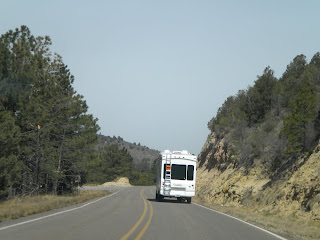 As we continued to climb, the temperature outside was dropping and before long we saw snow on the side of the road. 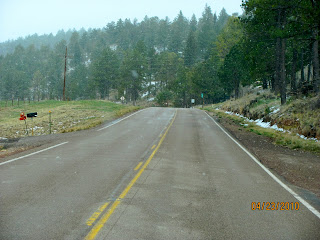 We continued to gain altitude and the snow flakes began falling faster and thicker. 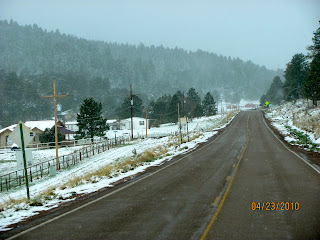 It continued to snow and the roads were wet and slushy. 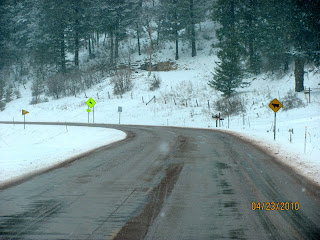 The conditions got much worse as we rose over 9000 ft. By this point, I was really concentrating on controlling the rig on the slushy wet roads and I was fearful of ice. Temps were in the 20's. We saw snow plows passing in the opposite directions. The snow and slushy road conditions really got my attention as we began to descend with the 6% grades and several switchbacks. Truck speed limits were 30-35 mph with the ever re-assuring run-away lanes every few miles.


However, I was actually impressed with my truck and its ability to handle the descent. The exhaust brake and transmission worked as advertised. I locked the transmission in Tow Haul Mode and 3 or 4th gear on the way down the mountain. With my foot off the brake it would hold the rig at 30-35 mph and I would actually have to accelerate in some spots as it would slow down too much. Before long we were out of the snow and back into the sunshine coming down the Sacramento Mountains. 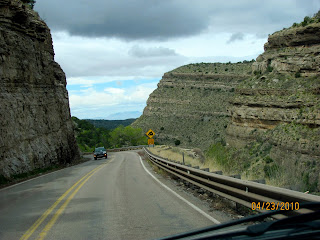 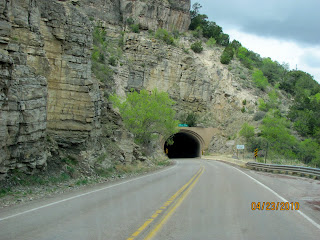 After several hours (around noon) we arrived at our destination Boothill RV Resort. Before parking we needed to wash off the rig as it was filthy from the snow, slush, salt and sand. So we went into Alamogordo to find a truck wash. We found the truck wash recommended by the park owner and cleaned up the rig as best we could. Unfortunately after returning, we learned that a RV had flipped (presumedly from the wind) just a few miles north of Brantley Lake State Park along our route. 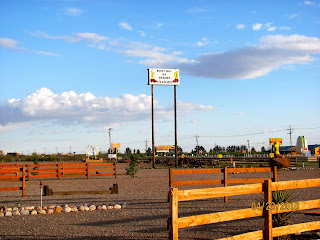 Boothill RV Resort
Now a resort it's not! But it is a nice clean RV park. It's kinda like a gravel parking lot with RV hook-ups which is not unlike most of the parks in this region of the country. We are in site 410 with a beautiful view of the mountains out our back window. 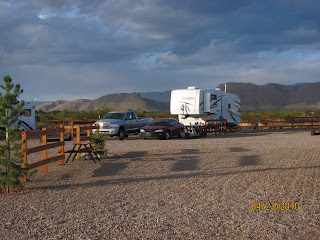 Since getting parked and set up, the weather has been fickle. We've seen hail, sleet, rain drops wind and bright sun! However, we should have beautiful weather the rest of the week. We plan to stay here for a week and visit White Sands and other attractions in the area.


Below is a snow capped mountain seen outside our front door during a sunny moment! 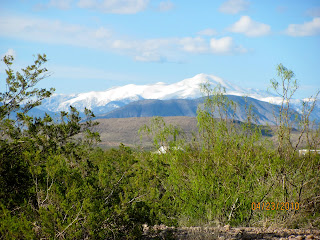 It was certainly a busy but exciting day. We certainly didn't expect to travel through the high mountains today and we certainly weren't expecting snow. I still love travel days!

Posted by Darren and Joyce Romero at 9:03 PM