We awoke to a bright sunny morning.  Temps overnight were in the lower 50's.  It quickly warmed to the mid 60's.  However, it was very windy and had been overnight. 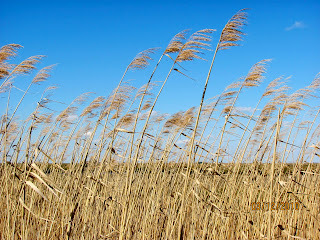 I went to bed with a scratchy throat and post-nasal drip.  I took some over the counter medication and slept well, waking to the sound of a motorhome next to us that arrived last night and was now leaving early in the morning at 7:00.  However, I stayed in bed till 9:30 as I knew by now I had caught a cold and needed to rest.


After lunch, Joyce and I decided to take a drive south on Hwy. 27 just outside of the park.  Hwy. 27 is part of the Creole Nature Trail, a 180 miles of road designated an All American Road.  According to the U.S. Department of Transportation, Federal Highway Administration: To receive an All-American Road designation, a road must possess multiple intrinsic qualities that are nationally significant and have one-of-a-kind features that do not exist elsewhere. The road or highway must also be considered a "destination unto itself." That is, the road must provide an exceptional traveling experience so recognized by travelers that they would make a drive along the highway a primary reason for their trip. Along the route we came across this draw bridge that works similar to an elevator lifting the entire span in a horizontal fashion. 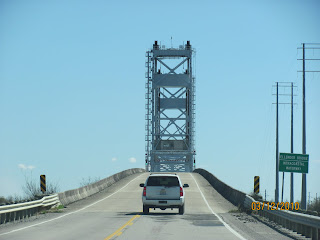 Much of the portion of the Creole Nature Trail that we drove was roadway skirted by canals, marsh, cord grasses and Sea Oats. 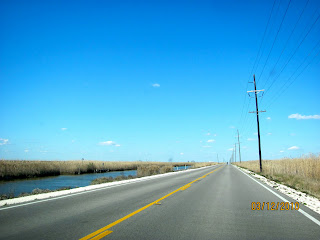 We made it to the coast and the area known as Holly Beach.  The only indication that we were in Holly Beach was this water tower which was a prominent feature in the landscape. 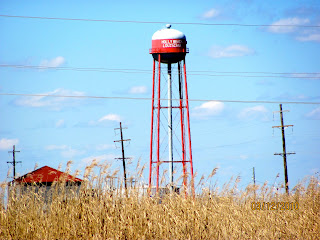 Much of the coastal area had been damaged by Hurricanes and in particular Hurricane Ike.  Many of the homes along the water were destroyed.  People now appear to be living in RVs on their vacant slabs.  We could see oil rigs out in the gulf. 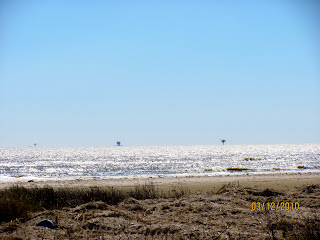 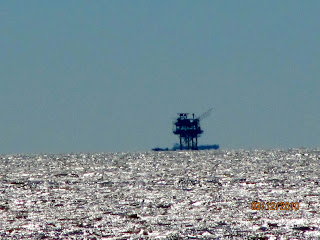 After driving about 30 miles of the 180 mile All American Road, we turned around to head back but stopped at The Sabine National Wildlife Refuge Walkway just off of Hwy 27. 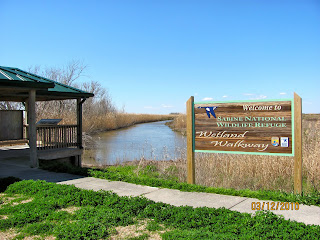 We walked along the concrete side walk along a canal. 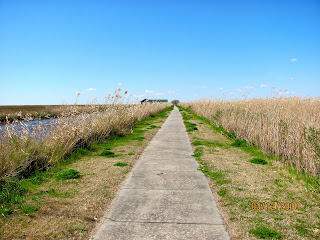 We saw several types of birds, to include a lot of egrets. 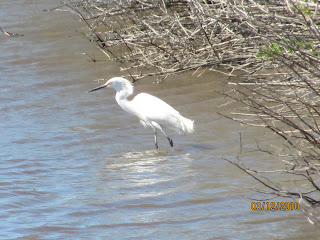 Portions of the walk include boardwalk over the marsh. 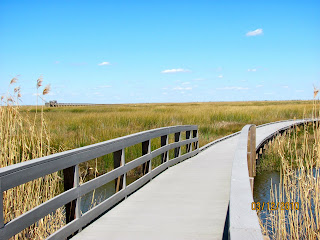 I was just telling Joyce that it was probably too cold yet to see any alligators.  Right after I said that she spotted the first one perhaps 3 ft. long. 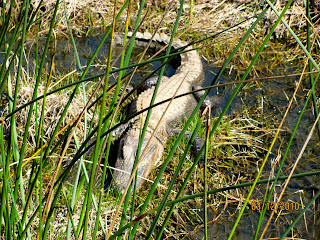 The alligators seemed to be getting larger as we walked on. 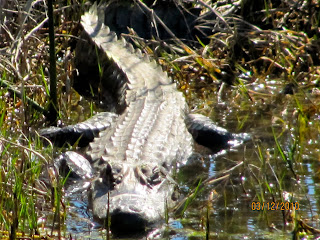 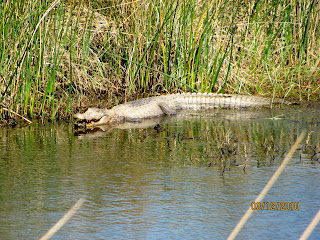 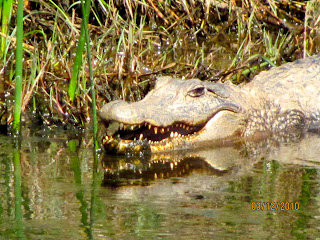 We each posed across the canal from the gator in the above shots. 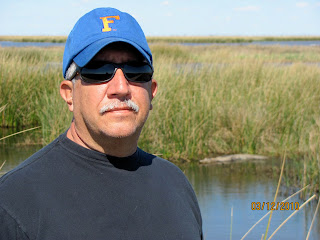 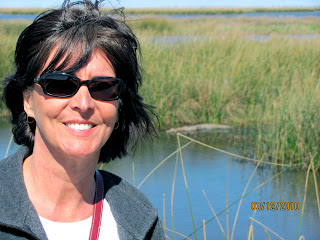 We continued our walk out to the observation deck. 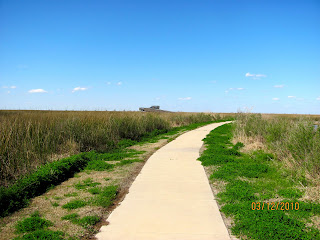 We continued to come across more alligators.  Almost one every 50 yds.  Can you imagine being out here in the evening during the summer! 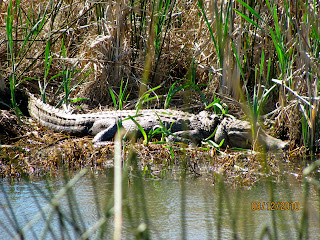 The view from the scenic overlook looking back towards our car in the distance.  The Alligators we saw were along both sides of the concrete walk! 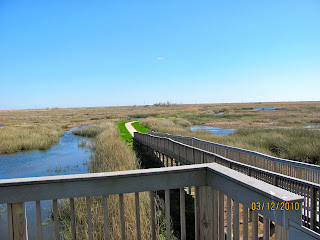 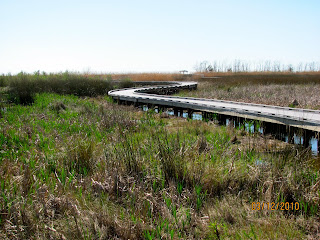 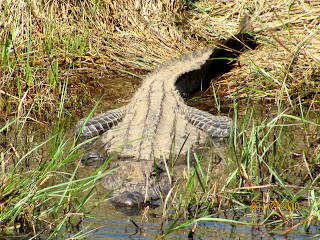 This was perhaps the largest gator we saw, probably 6 ft. 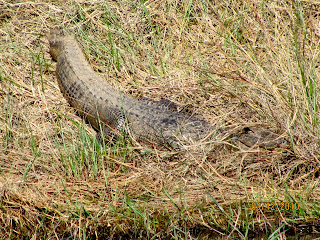 We estimated the entire walk was about 2 miles.  It turned out to be much more interesting than we had initially anticipated.


Back at our rig, we walked Maggie and Rico and made dinner.  After dark, I took this picture of the Citgo refinery at the East end of the RV park.  It looks close, but it's far away.  However, at times it is noisy. 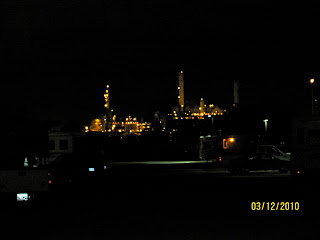 Posted by Darren and Joyce Romero at 9:56 PM