July 27, 2010.
Today was a travel day into Utah specifically, Monticello Utah. Our destination was Mountain View RV Park. Monticello is about 50 miles south of Moab but at 7900 ft. it's cooler than Moab which has been experiencing temperatures over 100.
We got loaded hitched and ready to go by 9:00. Actually we did a lot of packing and cleaning yesterday. 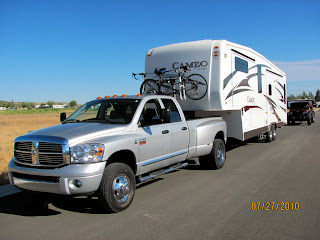 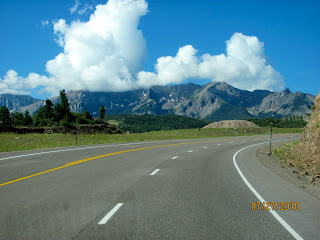 The route took us up and down steep mountains between Ridgeway and Telluride. 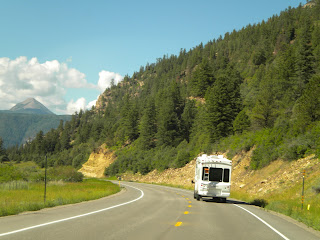 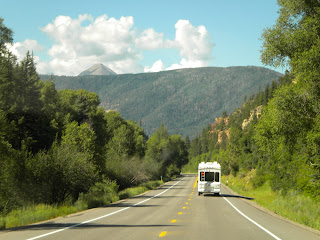 We traveled along a beautiful winding red rock river gorge. 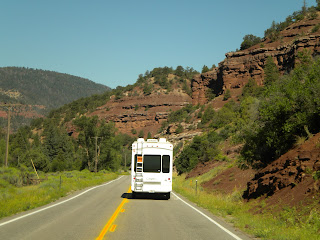 Out on the high plains we were still experiencing steep grades and rougher roads. 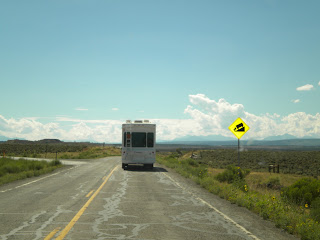 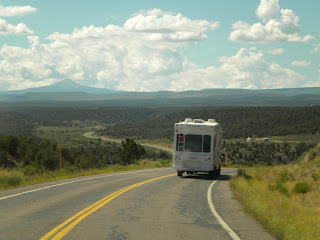 We tend to take the roads less traveled which is sometimes both good and bad. Some of our routes and particularly the section over Hwy 141 had some really steep sections with 20 mph hair pin turns. 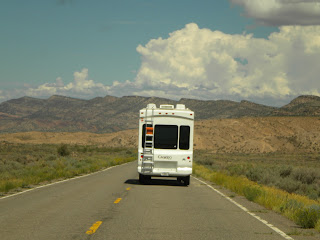 You can see the clouds were building throughout the day as we entered Utah. 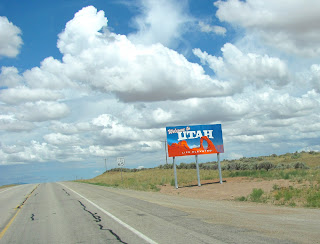 Descending into the town of Monticello, we could see it was raining on the Abajo Mountains. 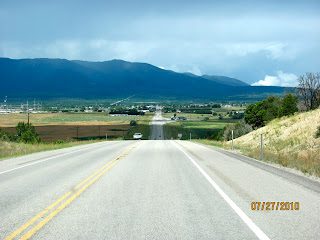 Monticello is packed full of Old American West history.  In the 1800's so many fugitives fled to Monticello to escape the hand of the law in the isolated mountains and canyons, that it became known as the Outlaw Trail.  Monticello offers breathtaking views, serene wildlife, and fabulous fun.
We made it to Mountain View RV Park and got set up before the rain caught up to us. It was a cold rain which quickly brought the temperature down to 68 degrees. Mountain View RV Park is a small private park in Monticello. The sites are tight but shady. I wanted shade so we had to take a 30 amp site with full hook-up.
I'll post pictures and more about the campground in my next post.
Posted by Darren and Joyce Romero at 10:10 PM