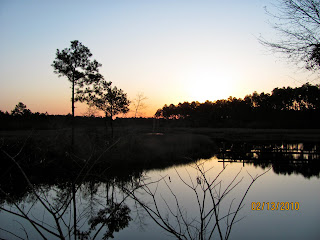 February 13, 2010.  I was up early again and caught the sunrise.  We were expecting our long time friends from Spanish Fort, Alabama to pay us a visit later.
In the meantime, we had to do our usual routine of taking Maggie and Rico for a walk.  However, things froze a bit overnight.  Rico’s leash was left outside and the water froze around it!  Our vehicles were also covered in frost. 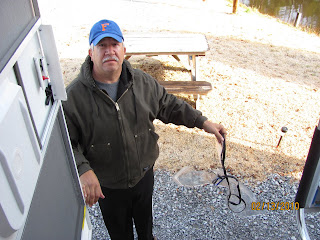 Our good friends, Rocky and Gloria showed up around 11:00. We made plans to go out to lunch with the caveat that we would have to avoid the Mardi Gras parade activities in downtown Pensacola, or as Rocky would say, “P-cola”.  Rocky kept us laughing as he took us on a scenic route through old P-cola.  Our destination was Mcguire’s Irish Pub. 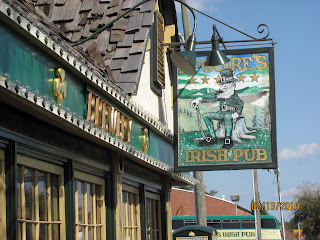 Inside of Mcguire’s Irish Pub, we had about a 20 minute wait. 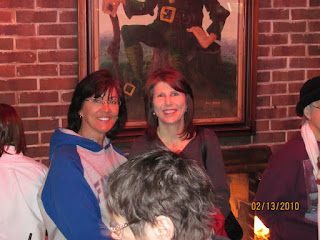 Dollar bills hang in great quantities from the ceilings and plastered on some of the walls. Along with moose and other animal heads. 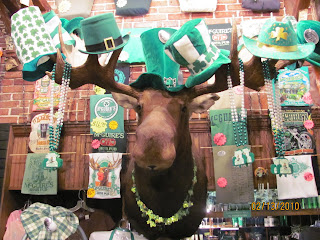 A hostess told me that years ago, Mcguire’s was a much smaller pub that was frequented by navy aviators and other military personnel. 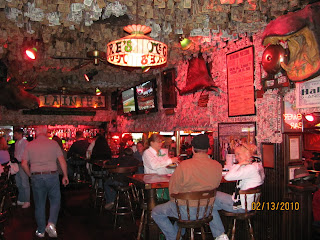 It became a common tradition for the military personnel deploying or being transferred to leave a signed dollar bill behind with the notion that they would be back!  The tradition expanded to the general public as the restaurant grew and expanded.  The hostess stated there is currently over $900,000.00 stapled to the ceilings and walls. 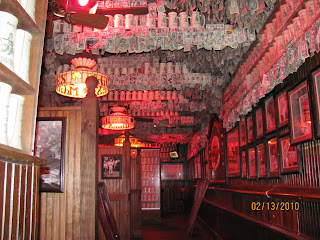 We enjoyed our meals and took this picture outside on the mural wall. 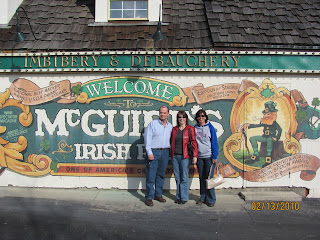 Rocky then took us on a ride down scenic Old Hwy 98 through the beaches.  One section of scenic highway was designated as such and was 7 miles of undeveloped beaches.  You gotta love it!  We continued our ride into Navarre, Fl. 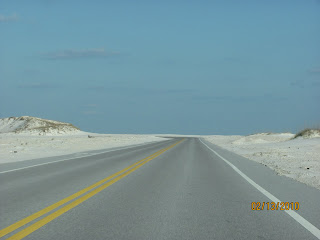 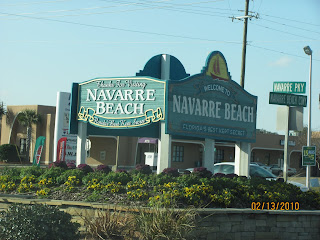 We got home around 5:30.  We sat around joking and telling stories.  We made plans before they left, to meet up again later in the week at their home in Spanish Fort, Alabama.
It was a wonderful day with wonderful friends.  When I was working, we had gone years without seeing Rocky and Gloria because of time and distance.  Now, that I’ve been retired, we’ve been able to visit several times in a few months.  Retirement is good!
Posted by Darren and Joyce Romero at 8:10 AM