June 26, 2010
Today, we woke to sunny skies around 8:00.  It had rained lightly overnight. Just enough to make everything spotty with dust and rain.  After breakfast, we quickly made plans to visit an abandoned mining town known as St.Elmo. My father and Karen were taking their truck into town to the car wash and to do some shopping. So It was a day trip for Joyce and I in our new Jeep Rubicon.
From Wikipedia, the free encyclopedia
St. Elmo is a ghost town in Chaffee County, Colorado, United States. Founded in 1880, St. Elmo lies in the heart of the Sawatch Range, 20 miles southwest of Buena Vista. Nearly 2,000 people settled in this town when mining for gold and silver became evident. The mining industry started to decline in the early 1920s, and in 1922 the train discontinued service. The community is listed on theNational Register of Historic Places as St. Elmo Historic District. It is one of Colorado's most preserved ghost towns 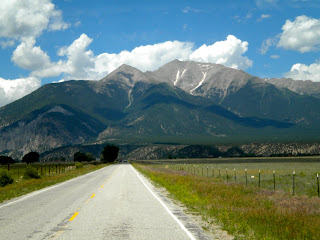 On the way up the mountain, we stopped along a stream to "test the waters".  It was cold! 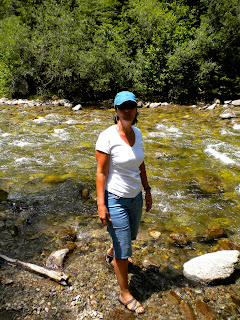 Most of this water if not all of it is from snow and ice melt. 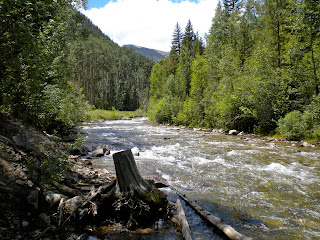 Afterwards, we continued up the dirt road to the ghost town. 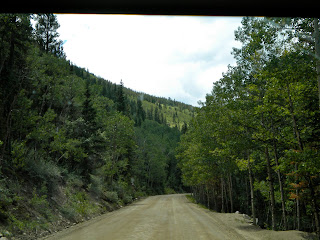 After reaching just over 10,000 ft. above sea level, we came across St.Elmo at the end of the road. It was a cool 72 degrees compared to 82 degrees in the valley.
St. Elmo was originally named Forest City but was later changed because of the multitude of towns with the same name. The nameSt. Elmo was chosen by Griffith Evans, one of the founding fathers, who was reading a novel with the same title.[2 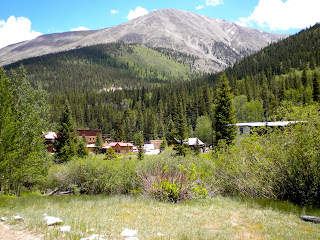 The town was at its pinnacle in the 1890s, when it included a telegraph office, general store, town hall, 5 hotels, saloons, dancing halls, a newspaper office, and a school house. The Denver, South Park and Pacific Railroad line ran through St. Elmo. There were 150 patented mine claims within the area. The majority of the people who lived in St. Elmo worked at the Mary Murphy, Teresa C., The Molly or the Pioneer Mines. The Mary Murphy Mine was the largest and most successful mine in the area. The Mary Murphy Mine detained over $60,000,000 worth of gold while it was in use. While the other mines eventually shut down, the Mary Murphy Minecontinued until the railroad shutdown in 1922.[3] 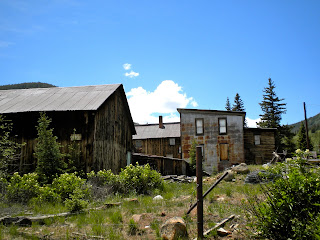 We got out and walked around. 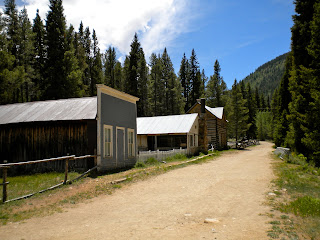 Once the mining industry shut down, St. Elmo drastically declined in population. Miners searched elsewhere for gold and silver and the business district in St. Elmo shut down as well. Few people continued to live in the town. Postal service discontinued in 1952 after the death of St. Elmo's postmaster. 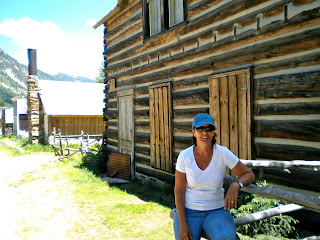 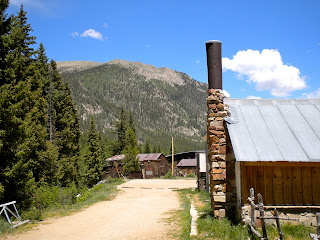 Even though St. Elmo is considered a ghost town it is still inhabited. Tourism brings many people to the St. Elmo area every year. The old mining roads are now used as jeep and four-wheeler trails. There are also many good places to fish along Chalk Creek, which runs through St. Elmo. The general store is open during the summer, where tourists can rent four-wheelers and buy other items they have for sale. Many of the buildings are still intact. However, the town hall and a few other buildings were burnt down in 2002. Buena Vista Heritage is rebuilding the town hall to its original state. 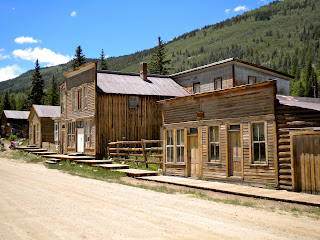 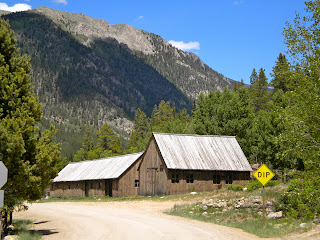 After walking through the deserted mining town of St.Elmo, we began our return journey, taking a few short side trips on jeep trails along the way. 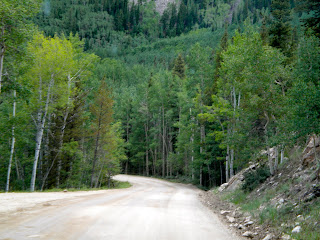 We passed a lake on the way down that we really hadn't noticed on the way up the mountain. 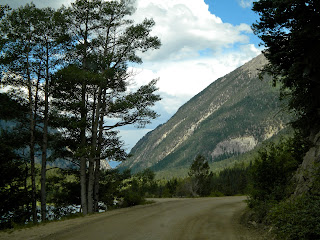 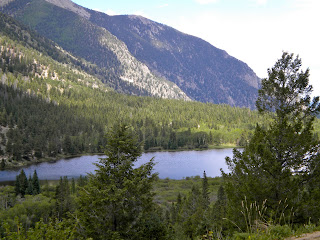 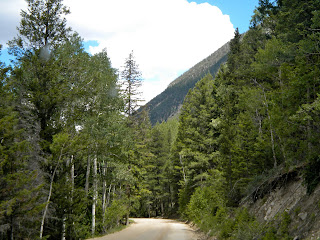 The lower portion of the road up the mountains was paved. 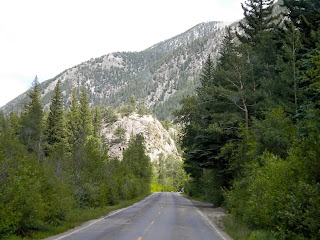 We made another stop along a stream and water falls area. 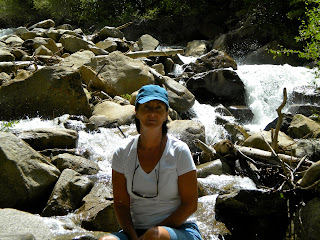 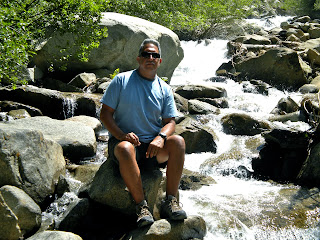 Joyce posing in front of her (our) Jeep Rubicon (Rubi). 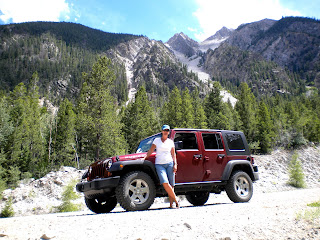 Another beautiful day in Colorado.
Posted by Darren and Joyce Romero at 9:36 AM