Perhaps our Last Hike to the Shoals.

January 27, 2010.  Okay, we slept late again today.  We had a late night with Dylan and our trip to Lake City.  How’s that for an excuse!  Temps were in the 40’s in the morning with sunny skies, we reached the mid 60’s by the middle of the day.

We decided it was a good day to use the blower and blow-off the paved Wood Pecker Trail.  So after loading up the blower we accomplished that task and then blew off the Big Shoals loop.  There’s still a stretch of about 30 yards on the Wood Pecker Trail that is under about 4 inches of water.  It’s not pedestrian friendly unless you have waders or tall waterproof boots!

After lunch, we took a hike out to The Big Shoals on the Suwannee River.  Perhaps our last hike to the shoals. 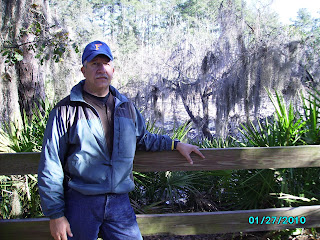 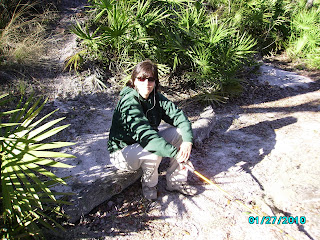 As beautiful as the river and shoals are, it’s time to move on.  I’m running out of things to photograph!  I decided not to include anymore pictures of the shoals.  As it's something you need to see in person.  However, I took a few pictures of the swamp that borders part of the trail out to Big Shoals. 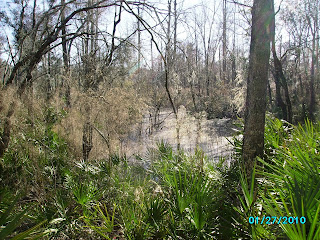 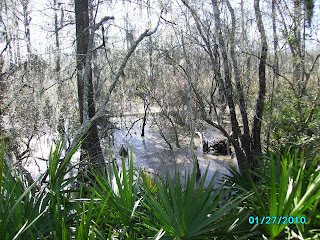 We are making plans to move west researching state parks and other campgrounds in the panhandle.  Our target date for moving out of Big Shoals is the first part of next week depending on the weather.  First, I’ve got a few tasks to accomplish around the rig in preparation.  We've been here for almost 3 mos.  It's going to take some time to pack up!

Posted by Darren and Joyce Romero at 7:51 AM